Christmas has come early for punk kids, especially those who grew up in the 2000s. Yellowcard — the Jacksonville, Florida group that forged a unique path through a sea of checkered Vans and Manic Panic emo swoops with power-punk chords and harmonies from Sean Mackin’s violin – will release a remastered version of 2001’s One For The Kids on Friday (Dec. 17). And like any good parent, they’re allowing their kids a chance to open up one gift before the big day — in this case, a new version of “Star Struck.” Premiering here on HollywoodLife, “Star Struck (Remix/Remaster)” presents a cleaner, sharper version of the track.

Or, as the band’s Ben Harper tells us, the sound is “enhanced” for 2021. “The remixed/remastered version of ‘Star Struck’ is sonically enhanced classic Yellowcard,” he shares. “If you’re a Yellowcard fan or pop-punk fan, this is a must-listen, and the entire album will become one of your favorites.”

The pre-sale for the remastered vinyl went up during Cyber Monday – click here to check that out – and with the much-publicized vinyl shortage and delay, the digital version arrives a week before Xmas, to hold over fans until they get their hands on the special edition pressing. “The remixed, remastered version is One for the Kids in high definition,” Ben Harper told Spin when announcing the new version in November. “It’s a brand-new listening experience in its entirety, and you hear and feel sounds you haven’t before. Fans who grew up on this album will be blown away as well as first-time listeners will be drawn to it. This reissue is a fantastic 20th-anniversary gift or Christmas present for Yellowcard and pop-punk fans worldwide.” 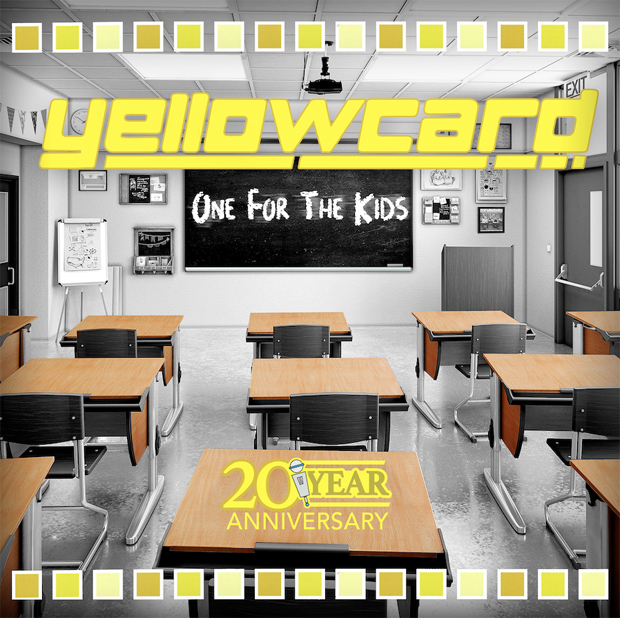 Released on April 3, 2001, on Lobster records, One for the Kids was the third full-length from Yellowcard. The group relocated from Florida to Thousand Oaks, California, to record the album. “It was a huge adjustment,” a 23-year-old Ryan Key told the Los Angeles Times in 2003. “We went from being in college and supported by our parents to being completely alone and worrying about how to pay our rent.” The group used that transition to hone their sound and rise to the next stage of their career (while also graduating to the main stage of the 2004 Warped Tour.)

Funny enough, while 2021 Ben says that the new version of One For The Kids will resonate with the pop-punks, 2003’s Ryan offers this take: “Pop-punk is the most ridiculous oxymoron in the English language. We’re a rock band, just doing our thing.”

Pre-order the remixed and remastered One For The Kids here.

Related: Ellie Bamber: 5 Things To Know About The Star Kate Moss Cast To Play Herself In Biopic