The holiday season arrived with ‘New Standards,’ a new album from Kenny G, and the music icon shares in this EXCLUSIVE behind-the-scenes video why one track, ‘Blue Skies,’ holds a place in his heart.

“Okay, I smile when I hear ‘Blue Skies,'” Kenny G says at the start of the EXCLUSIVE video discussing one of the tracks from New Standards, his first new album in six years. Why does this song make the music icon beam with happiness, as opposed to the ten other tracks on the album? It’s because the song was written “with my dear friend and piano virtuoso, Randy Waldman. Randy Waldman, he is the piano player’s piano player.” It turns out that Randy, like Kenny, has his pilot’s license (yes, Kenny G can seduce you with smooth jazz and fly you down to Bora Bora for a romantic getaway.) “[Randy’s] a pilot, I’m a pilot. So, I wanted to entitle it with something that has to do with flying.”

“One of the things that pilots always say to each other when you write a note, like ‘How you doing? Hope you’re doing well. Blue Skies.’ Meaning, I hope when you fly, you’re always flying in blue skies,” says Kenny. “So that’s why it’s called ‘Blue Skies’ and I’m smiling because I’m just thinking about being up in the air, and also, hanging out with my dear friend, Randy Waldman, and talking about flying and music.”

Though, Kenny’s message wasn’t completely endearing. While singing his friend’s praises – “He is the musical director for Barbra Streisand when she goes on the road, he’s the musical director for George Benson when he goes on the road – there was a moment of professional envy. “This guy,” he said of his friend, Randy, “I hate him because he never practices, but he’s a virtuoso, so he never has to practice. I, on the other hand, have to practice.” 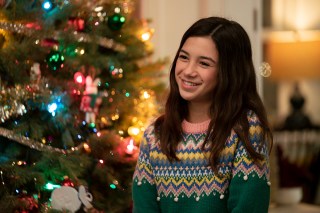 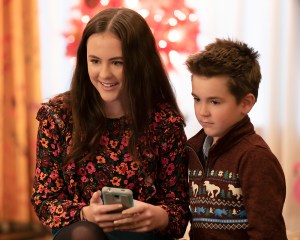 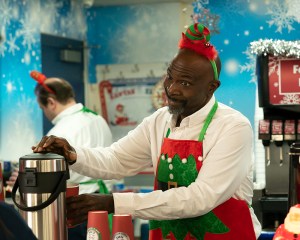 That practice has paid off – not just in a four-decade career and millions of records sold – but also in a new album, just in time for the holiday season. Because, and let’s be honest, it wouldn’t be the winter holidays without a little Kenny G. Whether you’re walking through the supermarket or listening to a random radio station on the drive to your grandmother’s house for dinner, Kenny’s enchanting tones find their way to your ear, and to your heart.

So when Kenny released New Standards at the start of December, it was an early present to the world. While New Standards is not full of festive music (check out 2012’s The Classic Christmas Album, 2002’s Wishes: A Holiday Album, 1999’s Faith: A Holiday Album, and 1994’s Miracles – The Holiday Album for that), Standards does deliver Kenny G’s trademark sound throughout eleven songs that are sure to set the mood. In fact, they’ll likely leave a smile on your face, the same way “Blue Skies” does for Kenny.

New Standards is out now.