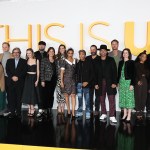 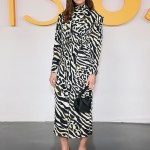 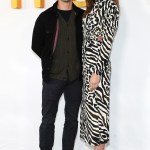 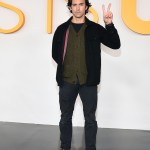 The final chapter of ‘This Is Us’ is around the corner. Mandy Moore looked gorgeous in a zebra print dress at the premiere of the sixth and final season of the hit NBC series.

The stars of This Is Us came together on December 14 to celebrate the upcoming final season. Mandy Moore, who stars as Rebecca Pearson, stunned in a long-sleeved zebra print dress on the carpet. Her hair fell in loose waves, and she topped off her premiere look with a light pink lip. Mandy was joined by co-stars Milo Ventimiglia, Sterling K. Brown, Justin Hartley, Chrissy Metz, Susan Kelechi Watson, Chris Sullivan, and more.

The highly-anticipated sixth and final season will premiere January 4 on NBC. The final season will consist of 18 episodes. This season, Mandy will be sitting in the director’s chair for very the first time. “I am eternally grateful to Dan Fogelman for changing my life in every way with #thisisus and in our final season, giving me the chance to helm a truly extraordinary episode of television written by the brilliant David Windsor, Casey Johnson and @chrissymetz,” she wrote on Instagram.

This Is Us premiered in 2016 and became a global phenomenon. The series has become a critical and commercial hit for NBC. Mandy acknowledged in an interview that saying goodbye to her This Is Us family is not going to be easy for her.

“I’m going to be a total wreck,” she told E! “We are a family. We’ve been a family from the beginning. There’s not a bad apple in the bunch. I’ve already resigned myself to the fact that there will never be another job that is this special. It’s just so special to be a part of something that just consistently touches you in every way.”

In the final season trailer that was released, Rebecca is starting to lose more of her memories. “Sometimes I think about what my very last memory will be before the candle goes out,” Rebecca says. I don’t know how much longer I have before things get worse… I’m not worried about forgetting about the big stuff. It’s the little things I’m not ready to let go of.”