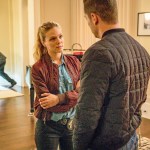 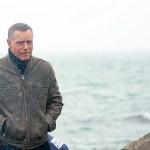 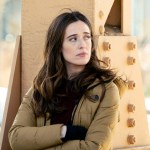 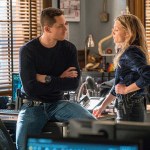 Upton and Halstead have made it official. The couple got married at the end of ‘Chicago P.D.’s winter finale. HL spoke EXCLUSIVELY with Jesse Lee Soffer and Tracy Spiridakos about Jay and Hailey’s big decision.

Jay Halstead and Hailey Upton have taken the next step in their relationship. After Jay took care of the Roy Walton investigation once and for all, he returned to Hailey and said they should just get married now. And that’s exactly what they did. HollywoodLife got EXCLUSIVE scoop from Chicago P.D.’s Jesse Lee Soffer and Tracy Spiridakos regarding the surprise Upstead wedding.

“I feel like the relationship was so fractured for a little while, and this moment was a moment between them to kind of just show that we’re in this together, we can get through this together,” Tracy told HollywoodLife. “So it was like a spur of the moment, let’s just go do this right now, just for you and me to do something between the two of them. That’s kind of how I saw it.”

Jesse added, “I also think it was a closure to the whole Roy storyline, the North storyline, the FBI coming after them, and that this could be the dissolution of the unit. Voight could go down for this. Hailey could go down for this. Everybody could. And to put it all to bed, it’s like the next logical step is closure. Let’s move on. Let’s move past this. The next thing that’s in our lives is this. So it seems logical, I think, as far as the writing is concerned.”

However, don’t expect these two to take a lavish honeymoon anytime soon. “I think these two are workers. They’re on the grind,” Jesse said. “So I do think, as we were saying, it’s this logical thing of closure. This is the next step in our lives. We’re doing it. Great, it’s done. Now back to work. That’s kind of how it is.”

Before proposing to Hailey, Jay made a stop at Voight’s house. He told his mentor that things would have to change in the wake of the Roy Walton investigation and the near-takedown of the unit. Jay made Voight promise to always tell him the truth so that he doesn’t have to lie anymore.

Tracy admitted that she doesn’t know if Hailey is aware of this conversation between Jay and Voight. “I kind of feel like that’s something between Voight and Jay,” Jesse noted. “Their relationship spans 9 years, and Jay has seen Voight go to great lengths, sometimes unsavory lengths, to get the job done. I think that’s Jay saying I know who I am as a cop, and I know who you are as a cop. And I appreciate who you are. I respect you. And I think you respect me, too. Give me that respect. We’re going to do things a little differently, and we’re going to work together. I think that was a private conversation about the dynamic between the two characters.” Chicago P.D. season 9 will return with new episodes in 2022.