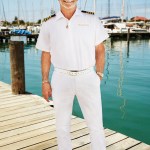 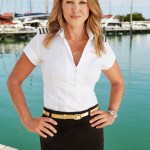 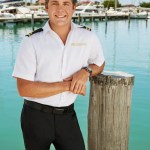 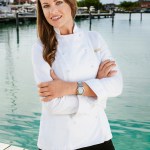 The deck team’s performance in front of the guests is less than stellar in this EXCLUSIVE preview of the all-new ‘Below Deck.’ Captain Lee is not happy as he watches all the drama go down.

The deck team is trying to get the slide ready for the guests, and Wes tells Eddie not to go down anymore on the slide. Captain Lee advises one of the free guys to hop on the jet ski to try and fix the twisted slide in this EXCLUSIVE preview of the December 6 episode of Below Deck. Wes ends up going out on the jet ski, but things get even more complicated.

The guests make a note that their request for the slide is taking a lot longer than they thought. Captain Lee is watching this all unfold. He tells Wes what to do, and Eddie adds in some additional instructions. Wes ends up taking the jet ski further out than he needs to. Captain Lee tells Wes to “stand down.”

“Wes is not listening,” Eddie says in our EXCLUSIVE preview. “Five people talking at once. Captain Lee’s trying to help, but too many chefs in the kitchen. All of this is happening right in front of the guests. It’s embarrassing.”

Captain Lee quips, “It ain’t f**king rocket science.” Wes continues to screw up, making the team look even worse in front of the guests. At one point, the guests think they could get the slide to work faster than the deck team. Just when things couldn’t get even worse, Wes accidentally sucks the rope into the jet ski.

Captain Lee notices that Eddie is getting increasingly angry about the situation. “Eddie is about to explode like Mt. Vesuvius,” he says. However, Eddie is the first officer, so he needs to act like it. At one point, Eddie throws something down on the boat in a fit of rage.

“This is really pissing me off now,” Captain Lee admits. Captain Lee is going to have some choice words for the deck team after things settle, that’s for sure. Below Deck airs Mondays at 9 p.m. on Bravo.