Ladies, let’s be honest: not every husband is willing to take a faceful of chloroform for your art. You got to find yourself someone like Hemky Madera. The Queen of the South/Weeds star was willing to get stalked, kidnapped, and drugged for “‘¡Hola Papi!,” the new music video from his wife and enchanting singer-songwriter, Jesse Lynn Madera. Perhaps helping her case is that she wore fashions as killer as the Glenn Close-gleam in her eye? Or that it was directed by Eduardo Sánchez, one of the minds behind The Blair Witch Project? Or that the cabaret-inspired “Hola Papi!” is an insanely catchy song, one that showcases Jesse’s alluring voice and lyricism?

Or, maybe he did it because he’s madly in love with her? “He was one hundred percent into it!” Jesse tells HollywoodLife in an EXCLUSIVE interview. She also says that this song was “inspired by the television show Weeds, specifically the seasons that take place in Mexico.” Her previously released songs – “Revel” and 2020’s Fortunes album – have her dipping into piano-driven ballads and genre-defying tracks, so “¡Hola Papi!” shows another facet of her musical side. “I have a lot of different songs, a lot of different styles. I don’t think about genre at all when I’m writing,” she adds.

It won’t be long for fans to see what Jesse does next. She talks about her 2022 plans with HollywoodLife, how the fashions in her new video came from her closet, and what kind of fan you can expect to see when she plays her upcoming residency at NYC’s Rockwood Music Hall.

HollywoodLife: What was your husband’s reaction when you approached him with the concept of this video? Was he somewhat flattered? Or slightly scared?

Jesse Lynn Madera: [laughs] He was one hundred percent into it! He’s pretty much up for anything.

Was that your actual wedding dress in the video? Did you supply your own wardrobe for “¡Hola Papi!” because your fit was phenomenal for the visual.

Yes, it was the dress I bought for the wedding we never had. I was pregnant when we were planning the wedding, and when the catering estimate came in, I looked at the email, looked at my belly, and decided to call off the wedding. It seemed like a crazy idea to spend so much money on one night, all things considered, so I had the dress preserved, and it’s been sitting in a box in the guest room closet for years. We got married at the courthouse. I almost rented a dress for this shoot, but I’m so glad I didn’t. It was our first time working together, so that seems special enough!

Yes, the dresses were mine. All Carolina Herrera but one – the blue dress with the puff sleeves in the driveway spying scene. That was a Christopher John Rogers dress, gifted by my stylist friend Liz Rose Moezzi, and she bought it at Target. I love that dress and wear it a lot. I just read he was getting some criticism for this line on Tik Tok. I think he’s a genius! I love colors, and I’m all about feel-good fashion. Sign me up for Team CJR. 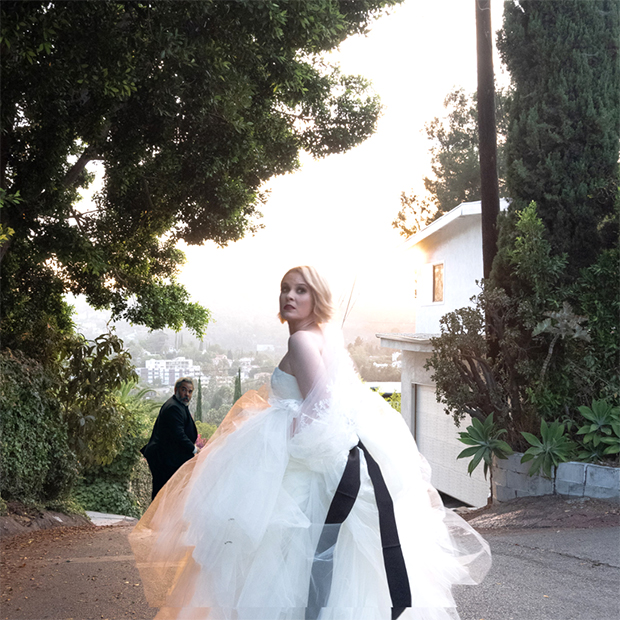 The video was directed by Eduardo Sánchez, who was behind The Blair Witch Project and other terrifying horror projects. How did you connect with him for this video, and how was it to work with him?

He directed several episodes of Queen of the South on USA Network. My husband was on that show, and I met Ed on set. He is so fantastic to work with! Easy, calm, and smart.

I studied acting for years, graduated from Tisch NYU, but went directly into music. I think I’ve been on one professional audition in my life! I loved acting, but I loved songwriting too. I can sing on a street corner, but a monologue on a street corner doesn’t go over quite as well. To be directed by Ed was the coolest thing for me. I remember seeing The Blair Witch Project in the theatre and being disturbed for days. The odds of ever being directed by Eduardo had I chosen to become an actor were so slim. I feel so damn lucky to have met him and was blissfully shocked he agreed to do this.

What was the inspiration for this cabaret-style song? It really shows a different side of you, musically, than previous releases.

How would you describe your songwriting style? Do you weave a lot of your personal life into your songs, or do you find that you spin more yarns and parables when you create your art?

I tend to write what I know. Sometimes I’ll write from the perspective of someone close to me. There are only a couple of songs that are completely outside of my experience, and “¡Hola Papi!” is one of them. 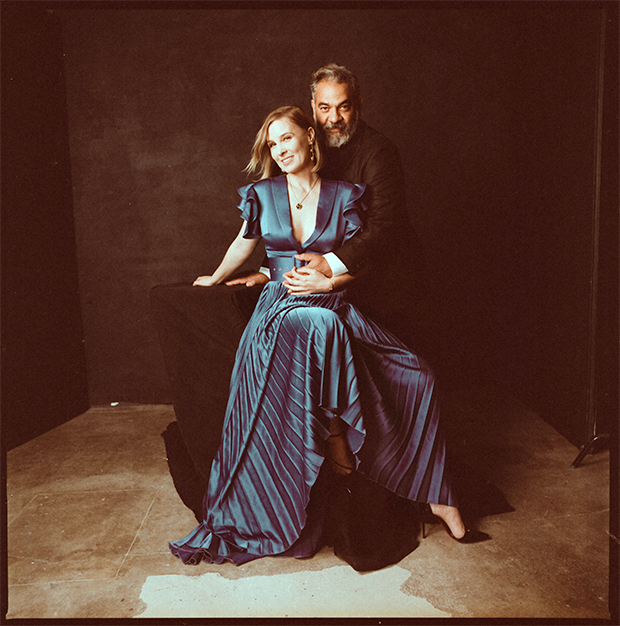 Your music has drawn comparisons to Tori Amos and Kate Bush, thanks to your effortless shift between styles and genres and your piano-driven passion. Instead of asking you to describe your sound, how would you describe a person who listens to Jesse Lynn Madera? Like, can you describe one of the people who would be coming to your upcoming residency at NYC’s Rockwood Music Hall?

What a great question. It’s hard to say for sure. Probably someone who loves poetry, drinks strong black coffee, and wears clothes from the ’90s? [laughs] I really don’t know, but it’s fun to think about.

Your 2022 is pretty packed. You have your residency in New York City, and you’re going to tour with The Zombies in the spring. You also might have an album on the way, right? What can you share about that?

Yes, I’m very excited to have stuff going on! I started my next album last month with producer and pianist Matt Rollings. “¡Hola Papi!” will be on that album. I’m expecting it’ll be a 2023 album. I have more songs than will fit, so right now, it’s a matter of choosing the ones that belong together. I do know it’ll be a fun album. It’ll be a bit lighter than Fortunes.

2021 is about to come to a close. What would you say is your biggest highlight of the past twelve months – personally or professionally?

It’s a tie between working with Eduardo on the “Papi” video and working with Matt Rollings on the first track of the next album.