It’s hard to associate the word “complacent” with Konshens. The Kingston, Jamaica native burst on the dancehall scene in 2005 with the international hit, “Pon Di Corner.” All Music describes him as “prolific as both a solo artist and a contributor to other’s tracks,” and he boasts a massive credit list. Yet, Konshens used that word to describe himself in an interview with Dancehall magazine and that his new album, Red Reign, was a way to snap him out of it. “After achieving certain stages and achievements in their careers, artists can easily become comfortable and complacent,” he tells HollywoodLife. “I feel like I was starting to become that way until Covid-19 woke me up.”

The global pandemic has had a significant influence on music – postponing tours, shuttering venues, causing many release delays – but for Konshens, the worldwide catastrophe forced him to confront the truth that his time on this plane of existence is limited. “The pandemic inspired me to maximize my potential, the genre, and the culture because it can all be taken away in an instant,” he says. And so, he got to work on the batch of tracks that would make up Red Reign. For dedicated fans, Konshens believes it’ll have them thinking “he’s back,” as he returns to form after venturing into soca with 2020’s Soca Virgin. For new listeners, Red Reign may introduce them to their new favorite artist, as Konshens dips in and out of genre, with reggae, soca, Afrobeats, and other sounds that have been added to the equation. However — be you someone who’s been on this since day one or is coming late to the party — Red Reign reaffirms why Konshens is one of the hottest names in music today.

The album is also a personal triumph, as it represents Konshens reigniting his creative spark. “If you listen to the album, you can tell the difference in the mindset,” he tells HollywoodLife. “You can feel where I flipped the switch. If you listen to the entire album, you can tell the difference.” In an EXCLUSIVE interview, Konshens shared how Red Reign couldn’t have happened if it weren’t for the pandemic, how the album will leave fans “happy,” and why this record might be the best introduction to new fans. (Spoiler: It “has a lot of songs that are easy on the ear.”)

HollywoodLife: You’ve just released Red Reign, your new album and follow-up to last year’s Soca album Soca Virgin. How does it feel to have this project out in the world to kick off “Season 4”?

It feels good to have it out. I have been working on it for a while now. I am excited by the positive feedback I have been getting. People have loved the diversity of the music. Every song has a unique vibe, so different people gravitate towards different songs. People are recognizing that a lot of thought was put into the project.

You said this album is an about-face, that you were “getting complacent.” What did you mean by that? How did you grow “complacent?”

After achieving certain stages and achievements in their careers, artists can easily become comfortable and complacent. I feel like I was starting to become that way until Covid-19 woke me up. It made me appreciate time and respect the blessings of life. The pandemic inspired me to maximize my potential, the genre, and the culture because it can all be taken away in an instant.

Is there a moment in Red Reign that represents the biggest change from this complacency? Like, is there a song that you pushed yourself hard on, one that saw you take things to the next level?

Red Reign features a handful of stars like Davido, Spice, Jesse Royal, and Kaelyn Kastle, to name a few. Were you surprised by any of these collaborations – like, did someone bring the fire to their verses, maybe made you do a double-take?

They all delivered. The album has a lot of songs that are easy on the ear, so it was easy for the artists to float on the beat. Everybody added their flavor. Jesse and Kaelyn definitely complimented the songs and took them to another level. Spice, the “Queen of Dancehall,” came into the project and did her thing. Everybody I worked with added something special to the album, and I appreciate all of their contributions. 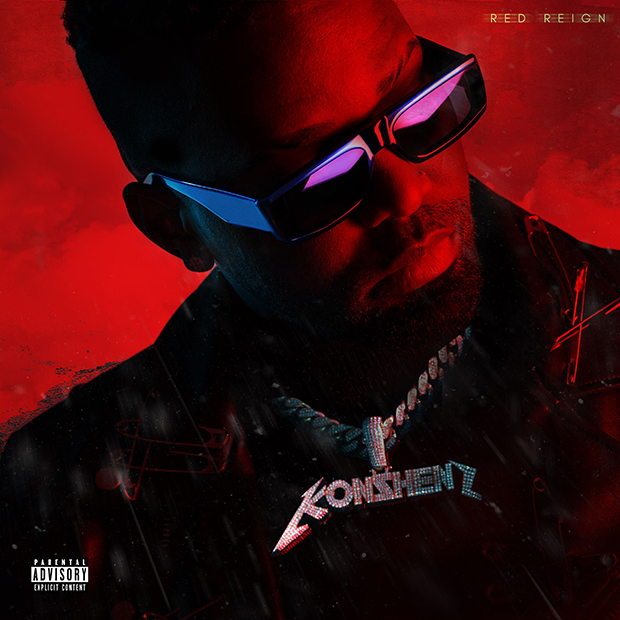 Do you think you could have made an album like Red Reign if the pandemic didn’t happen?

I don’t think so. I probably would have been too relaxed and fallen into old habits. It took a year to make, and it was a challenge because I challenged myself. If the pandemic didn’t happen, I probably would have made an album that sounded similar to my past work. The creative process of the pandemic helped me elevate myself as an artist even with all of the negativity that came with Covid-19.

You’ve been in the game for nearly two decades now. For those who have been with you since day one, how do you think Red Reign might surprise them?

I think they will be happy. It feels like “he’s back.” That is how I feel, and the people around me feel. I hope to bridge the gap between what is new and hot and the foundation of the culture. I wanted to inspire the producers and artists to find the new soul of dancehall.

Red Reign is out now.