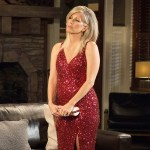 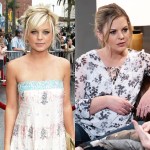 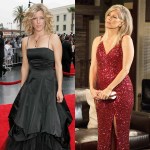 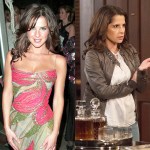 Steve Burton put all the rumors to rest by confirming via Instagram that he’s been ‘let go’ from ‘General Hospital’ after refusing to be vaccinated. He will no longer play the role of Jason Morgan.

Steve Burton and General Hospital have parted ways. Steve revealed in an Instagram video on November 23 that he’s been “let go” from the long-running daytime series because of the show’s vaccine mandate. Speculation had been swirling online that he’d been fired from the show over the vaccine mandate. HollywoodLife has reached out to ABC for comment.

“I wanted you to hear it from me personally,” he said. “Unfortunately, General Hospital has let me go because of the vaccine mandate. I did apply for my medical and religious exemptions, and both of those were denied. Which, you know, hurts. But this is also about personal freedom to me. I don’t think anybody should lose their livelihood over this.”

Despite being let go from the show he’s called home for nearly 3 decades, he has no hard feelings about what’s happened. He hopes to return to the show in the future. Jason was last seen getting caught in a tunnel collapse on Cassadine Island.

“But with that being said, I’ll always be grateful for my time at General Hospital,” he continued. “I love it there. I grew up there. I grew up with some of you, so I’ll always be grateful. And I believe that when one door closes, multiple doors open. That’s always been my perspective. So I am excited to see what the future brings, and maybe one day if these mandates are lifted, I can return and finish my career as Jason Morgan. That would be an honor. And if not, I’m going to take this amazing experience, move forward, and be forever grateful.”

General Hospital’s vaccine mandate took effect on November 1, according to Variety. All cast and crew in Zone A were required to be vaccinated at the start of the month.

Steve tested positive for COVID-19 in August 2021. At the time, the actor said he’d been “exposed at work.” Just weeks before Steve’s confirmation that he’d been let go, his General Hospital co-star Ingo Rademacher was also let go because of his refusal to comply with the show’s vaccine mandate. His exit was confirmed amid backlash to a transphobic meme and anti-vax messaging Ingo posted. Ingo’s last episode was on November 22.