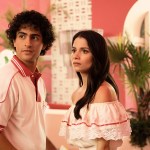 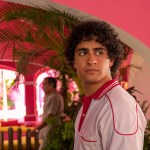 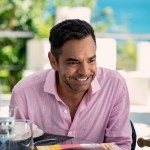 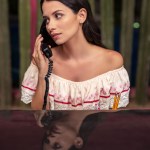 Jessica Collins stars as the glamorous Diane on ‘Acapulco.’ She spoke EXCLUSIVELY with HL about Diane’s past, Chad’s father, Diane empowering other women, and that incredible wardrobe.

When it comes to Las Colinas, Diane runs the show. Jessica Collins plays the fabulous owner of the resort who always makes a grand entrance. Behind the big hair and shoulder pads, Diane is a fierce and determined woman.

There are aspects of Diane that are still a mystery, which makes the elegant character all the more alluring. HollywoodLife got the chance to talk EXCLUSIVELY with the Acapulco star about Diane’s backstory and the mystery of Chad’s father. She also weighs in on what Diane sees in Maximo that she doesn’t in her own son, as well as building Diane’s wardrobe from the ground up. Read our Q&A below:

Diane is truly one of a kind. She is running the place. We know a little bit about her background in that she was on soaps and whatnot. Will we learn the chain of events that led her to run this resort?
Jessica Collins: Oh, that’s a great question. You will learn some of it. But I have to say, there are a lot of reasons I’m rooting for season 2. I was left wanting more, and I think our writers were as well. They shared with me some of their ideas. Diane’s such a full character, and she’s done so many things that there’s so much you can dive back into in her past. You can go to the soap world. If you look at the timeline, if it’s 1984 now, she was in the soaps in the ‘60s and ‘70s. There’s her fitness queen life. There’s so much, not to mention, who is Chad’s father? You’re going to get some glimpses of all of that in season 1, and then I’m just dying for a season 2 for people to see even more of that.

I was going to ask you about Chad’s dad because that’s a big mystery. Do you know who it is?
Jessica Collins: That is a big mystery. I have my suspicions, but we all do. We all kind of joke around the set of who Chad’s dad is. There’s a wonderful scene in episode 3 with Bronte that’s when it’s revealed. I think that there’s this big mystery, and everyone at the table was kind of guessing who it could be in 1984. There were some pretty good guesses. That is definitely one of the big mysteries. Well, it’s not a mystery to Diane, but to everyone else it is.

Chad works at the resort his mother is running, and he seems to be just as fearful of her or at least fearful of disappointing her than most of the employees. Will we dig a little bit deeper into this mother-son relationship?
Jessica Collins: That you will see a lot of this season. I think he’s more terrified than anyone of her. Her expectations of him are the highest she has, and he’s constantly disappointing her because she has her own ideas of how he should be living his life like most mothers do. She’s building this for him. She’s grooming him, so she thinks, to take over the empire. I’m not sure that’s really interesting to him at all. But you’ll see that’s a big part of both of our storylines is our relationship, and both of them trying to connect with each other and really having a lot of difficulties doing that.

Chad is dating Julia, who is one of the fellow employees at the resort. What does Diane think of her?
Jessica Collins: Diane, first of all, loves her staff. Everyone that works for her, they’re like her children. They are her pride and joy, which is funny because sometimes she’s more proud of them than she is of Chad. But like any mother, it’s a little bit different because this is the woman dating her son. There’s a dynamic that just naturally comes with that. But one of my favorite relationships in the show as we go on is you will see Diane and Julia’s relationship move forward as well in a very interesting way. There’s a twist to that as well. The obvious thing would be to have this evil mother who hates the girlfriend and women. The show has really steered away from that and in a very modern way. I’m very supportive of not just my staff but of women. I’m very supportive of women in power helping other women to take charge of their lives and be independent and be successful. That’s a quality that I don’t know that you saw that a whole lot in the actual ‘80s on television, and I’m really happy with our writers. It was really smart storytelling, I think to have this woman whose obvious story would be that she’s jealous of the young women around her, but Diane just wants to give them all the tools they need to succeed. The funny thing is, it always comes back to Chad. She’s trying to do that with him too, and he just could not be less interested.

After Maximo is hired, there’s a moment when he saves the day and there’s a look in Diane’s eyes. It’s like she sees something that maybe she doesn’t see in her own son a little bit. What does she see in Maximo?
Jessica Collins: She sees in Maximo everything she wishes her son could be. She sees that drive in him. She sees him up to the challenge and ready for challenge and ready to learn. He wants to do everything he can to work hard and to rise to the top. Diane also comes from nothing. It’s not like she was born into a wealthy family and this all came easily. Diane clawed her way from the bottom to this position and to this lifestyle, so she really appreciates the hard work and coming from nothing and that you can make your dreams come true. She sees that connection in Maximo. With her son, he didn’t start from nothing. I think she thought, well, if he starts from the top, how much further can he go? We all kind of know that’s not how life works. He never learned the struggles of life. He never learned how to work hard. He never had to work hard. It’s tricky for Diane because she understands Maximo much more than she understands her own son.

Diane’s wardrobe is legendary — the colors, the shoulder pads! What was that like for you to really dive into such an incredible fashion palette?
Jessica Collins: Well, that is so much of the character. I have always said I built Diane along with our wardrobe, makeup, and hair. We did this together. She really is a package, and 80 to 90 percent of my costumes are handmade. A lot of them were made overnight. We were on a tight schedule and things change all the time. They were literally cutting out patterns and having silk thrown in and all these colors… Everything was so thought out carefully about when she’d walk across the pool area and things would be flowing. The jewelry, everything, was so thought out. The costumes were a big part of jumping into Diane, and they weren’t easy. It’s not like I’m jumping in and out of them. I actually have a lovely woman who helps me. Sometimes I have to get sewn into the outfits and have to be cut out of them. But they are big of Diane is for sure.

In the show, Maximo is an adult telling the story of his time at the resort to his nephew in the present day. Do you know where Diane ends up?
Jessica Collins: I’m just hoping she’s alive. Diane would be in her 80s, so I’m hoping she is alive and well. I imagine she’s just as fabulous. I think of Joan Collins now. I follow her on Instagram, and she’s just the most gorgeous, funny, entertaining woman. Diane would be about that age. So I like to think that Joan Collins and Diane are hanging out on a French beach someplace. But I don’t know. All will be revealed I hope.