The Nov. 16 episode of ‘Teen Mom OG’ was bittersweet — viewers saw the birth of a baby, but they also witnessed a heated fight between Taylor and Maci.

Cheyenne Floyd gave birth to baby Ace during the Nov. 16 episode of Teen Mom OG, and it was heartwarming to see. She had her mom, stepdad and Zach Davis in the room with her, while other family members watched on a video call. Tears were shed, and little Ryder said her baby brother looks like a “prince”, so it was precious all around. But what made the episode even sweeter for Cheyenne was the return of her ex and Ryder’s dad, Cory Wharton. He finished filming The Challenge just in time to come home and meet little Ace. Ryder was also super thrilled to see him again.

Maci tells Taylor about how she's feeling when he makes a decision about the kids without running it by her. 😕 #TeenMomOG pic.twitter.com/BNOm51RpbC

Later, Maci Bookout confronted husband Taylor McKinney after she learned that he asked one of their friends to pick up their daughter from school. Maci was basically incapacitated due to her PCOS, so Taylor did what he felt was best. He already had to pick up two of their kids from school and couldn’t manage the third, so he sought some help from a loved one. But for some odd reason, Maci didn’t like that. She told Taylor that they have always had an agreement to “show up” for their kids, so if she’s incapable of helping, she at least wants to be asked how she’d feel about him seeking help from someone else. Taylor was baffled by the fact that Maci was upset over what he had done, so they talked to their therapist about it and found out they just love each other, and everyone agreed that maybe some morning sex will help them. Anyone else missing the Ryan Edwards drama?

Meanwhile, Catelynn Lowell tried planning a babymoon since she and Tyler Baltierra are expecting their fourth and final child in eight weeks, but when they couldn’t find a babysitter, those plans went to s***. Instead, Tyler surprised Catelynn with a candlelit dinner in their backyard and she was so impressed by it that she promised him a “blowie”.

Finally, Mackenzie McKee‘s dad visited her in Florida, and she tried to get his health back on track. Then, Gary Shirley finally decided to go to therapy with Amber Portwood because he wants to better understand her mental illnesses. 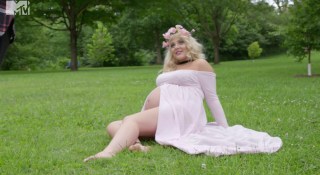 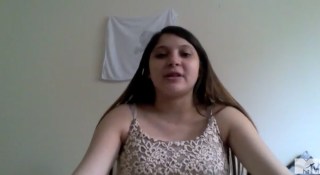