There was an extraordinary moment during the 55th Annual Country Music Association Awards. On the eve of Veteran’s Day, the Nov. 10 awards show aired a snippet of Chris Young performing in front of an audience made of Tennessean veterans and active military members. This “Generosity Hour” was part of Crown Royal’s partnership with the NFL Salute to Service and its Bob Woodruff Foundation, a 501(c)(3) nonprofit that funds and accelerates equitable solutions for veteran needs. For Chris, it was a chance to show appreciation for those Americans who answered the call to serve their country.

“This is an amazing thing to be able to give back in this kind of way,” Chris told HollywoodLife ahead of the “Generosity Hour” performance. “That’s why Crown Royal decided to title it ‘Generosity Hour,’ and this is going to be a really special event. To be able to partner with the NFL Salute to Service and their Bob Woodruff Foundation is a great thing. I’m very happy that I got picked to be the artist that gets to do this, so it’s going to be an amazing night.”

Those watching the 2021 CMAs saw Chris leave it out on stage for these military members, past and present. “They are pillars of our community,” the country star said during the broadcast, “and deserve to be celebrated.” In an EXCLUSIVE interview, Chris shared the playlist he put together for these active servicemembers, why he jumped at the chance to play, and what a “Chris Young” cocktail would include. 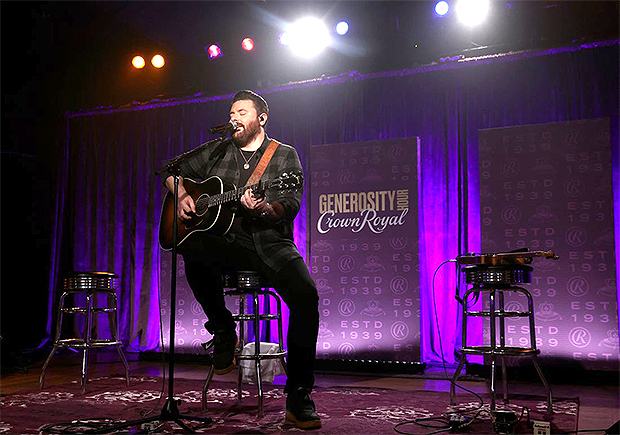 HollywoodLife: You’ve teamed with Crown Royal and the NFL Salute to Service/Bob Woodruff Foundation for a special performance for local Tennessean military and veterans. So, the big question is: how nervous are you going into this performance?

Chris Young: I’m not nervous at all. This is an amazing thing to be able to give back in this kind of way. That’s why Crown Royal decided to title it Generosity Hour, and this is going to be a really special event. To be able to partner with the NFL Salute to Service and their Bob Woodruff Foundation is a great thing. I’m very happy that I got picked to be the artist that gets to do this, so it’s going to be an amazing night.

What led to this collaboration with Crown Royal and the Bob Woodruff Foundation? One would assume that anyone would jump at the chance to give back to those who served in the military, but was there a particular reason that motivated you to say yes?

I’ve got a lot of military in my family, friends of mine, and I’ve been lucky enough to go overseas multiple times to perform for the military in Iraq, Germany, South Korea, Japan, all over the world, and obviously right here in the USA. Veterans are just so important, and they deserve to be put on a pedestal for all of us to be able to tell them ‘Thank You.’ This is a very cool way that Crown Royal has come up with to be able to do that.

When putting together the setlist for this performance, did you go for more of an uplifting party vibe? Or did you go with a more reverent tone, considering the audience?

I personally think tonight, since we are celebrating and we are turning a happy hour into a Generosity Hour, that I’ve got a mix of a little bit of everything in my setlist. There’s gonna be some fun up-tempo stuff, and there is also gonna be some serious songs. I think that’s pretty indicative of what most people would see at a regular show of mine. 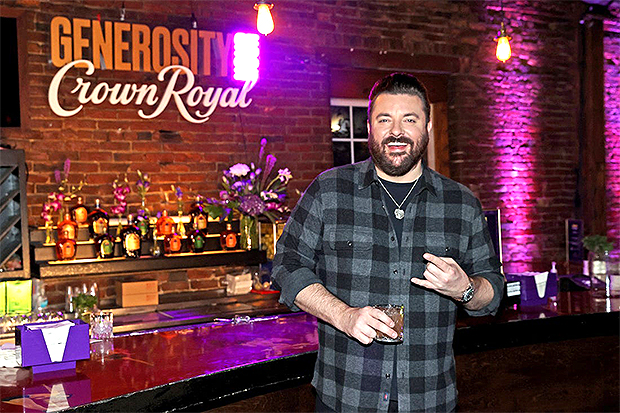 It’s been a few months since you released Famous Friends. Has it gotten easier to hear audiences sing along to the title track?

It was kind of a little different, obviously. I had not been able to go out and play shows for quite a while, and this song had run up the charts before I actually got to play it in front of a live audience for the first time. It was already a hit which is so strange because normally, I see the evolution from the beginning of a song. The very first time I stepped on a stage to perform that song, the whole crowd was singing it at the top of their lungs, and it was just an amazing feeling.

If you were to create a cocktail based on your latest album, what would it be? A whisky-powered “Raised On Country” drink? A beer-and-shot “Famous Friends” combo? Or a non-alcoholic “When You’re Drinking” spritzer?

I actually like the idea of all three of those because it kind of encompasses everybody. If somebody wants to have one, you know I would lean towards the “Raised on Country” whisky-powered drink. If we have somebody hanging out that’s not a drinker, we have the non-alcoholic version, so I think both of those are cool ideas.

The “Generosity Hour” concert included an announcement of Crown Royal making a donation to the Bob Woodruff foundation. The donation is part of the brand’s $1 million commitment to serving those who serve us via the Crown Royal Generosity Fund, spotlighting the exceptional generosity of our military by giving them the royal treatment heading into Veterans Day. For more information, click here.