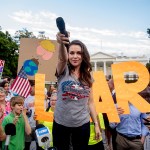 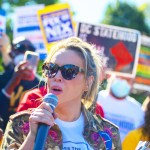 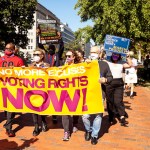 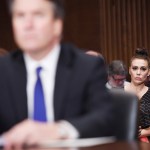 The 90s sitcom stars’ feud seems to have cooled, as the ‘Who’s The Boss’ actress revealed in a new interview, discussing her upcoming book.

Alyssa Milano, 48, opened up about her relationship with Charmed co-star Shannen Doherty,50, in a new interview with Entertainment Tonight on Tuesday October 26. While the two may not have gotten along on the set of the 90s TV hit, Alyssa admitted that the two have come a long way in recent years, and she admitted to feeling some “guilt” for her own actions that led to the feud.

It sounds like the two don’t have bad blood between each other anymore, and act politely when they run into each other at events. “”I would say we are cordial,” she told ET. “I could take responsibility for a lot of our tension that we had. I think a lot of our struggle came from feeling that I was in competition rather than it being that sisterhood that the show was so much about. And I have some guilt about my part in that.”

Alyssa also admitted that she first reached out to Shannen again, after the Beverly Hills 90210 star revealed that she was battling breast cancer. Alyssa also said that she “will send her DMs every couple of months to just check in.” It seems that Alyssa doesn’t hold any ill-will toward Shannen for their old feud. “I have respect for her. Great actress, loves her family so much, and I just wish I could’ve felt strong enough in who I was to recognize that back then,” she said. 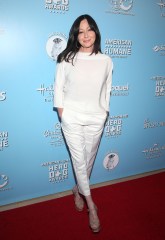 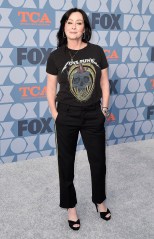 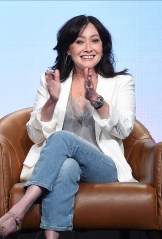 In Alyssa’s new book Sorry Not Sorry, the actress includes an essay about the sexualization of women’s bodies, and Alyssa also opened up to ET about her involvement with the #MeToo movement. She mentioned that she looked “shell shocked” in many interviews at the time, because she hadn’t “dealt with [her] own sexual assault,” as the movement began. “We had millions of women from the entire globe that said, ‘Me too,’ but the thing about that time was, and people don’t know it, but I was battling my own demons,” she said. “It was, I think, a moment where we had to look at ourselves culturally and socially [and make] real life adjustments to how we function every day, how we function in the workplace, how we function on dates, and it’s still a scary thing.”