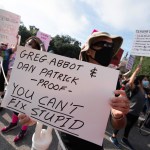 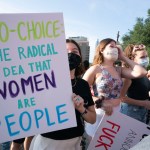 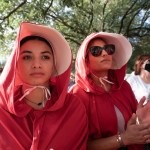 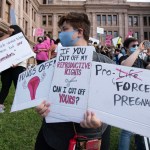 Texas women are being forced to carry unwanted pregnancies to term after the state virtually banned abortion. Here’s how you can help them go out of state for abortion services.

UPDATE (10/22/21): The Supreme Court has released a statement, confirming they will not be immediately blocking the Texas law that bans most abortions. However, they’ve agreed to hear arguments in the case on Nov. 1. The justices said they will decide whether the federal government has the right to sue over the law.

A 14-year old who got pregnant after her 17-year-old cousin talked her into having sex. A young woman who was infected with HIV at birth, and accidentally got pregnant then was terrified of infecting her own baby. These are just two of the heartbreaking cases that Kenya Martin, a former abortion clinic counselor recalls dealing with in her work at a busy clinic in Houston.

Both these young women did end up having abortions to end their unwanted pregnancies. But today in Texas, under the state’s virtual abortion ban, with no exceptions for rape or incest, they would be denied that option. Today, they would be forced to carry these pregnancies to term, unless they had the resources to travel hundreds of miles to leave the state to legally undergo the procedure . 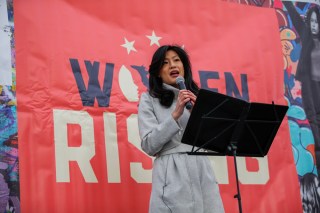 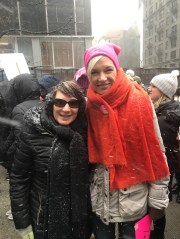 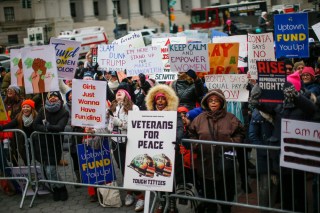 Sadly, thousands of Texas women won’t have the financial resources to escape what Alexis McGill Johnson calls a “perverse”, and “destructive” law. McGill Johnson is the President and CEO of Planned Parenthood Federation of America and the Planned Parenthood Action Fund. She describes the new law, called SB8, which empowers any American to sue anyone they suspect may have aided and abetted an abortion, as “just incredibly pernicious and dangerous.”

“Texas has given private citizens the right to deny other people their constitutional right, this is just what is so alarming”, McGill Johnson points out to HollywoodLife in an EXCLUSIVE interview.

It’s this novel form of law which relies on “vigilantes” to sue anyone they think has helped a woman who gets an abortion, for a $10,000 payment plus court fees, which gave the Supreme Court the excuse to allow the law to stand.

Now, despairing women in Texas who are carrying unwanted pregnancies and miss the 6 week cut off for a legal abortion are begging the staff at abortion clinics for advice on where to go and how to get financial help.

“These clients (of the abortion clinics) that are now calling abortion funds (organizations that help Texas women go out of state for abortions) are desperate”, Kenya Martin, who is also a storyteller for We Testify tells HollywoodLife. We Testify is an organization dedicated to representing people who have abortions, telling their stories to the public. Martin also works for the National Network of Abortion Funds. “The funds are working overtime and right now we are fundraising specifically for women in Texas, because of what is going on… and we’re seeing a lot of supporters, a wave of solidarity amongst people and women coming together realizing that we are losing our right to bodily autonomy.”

Caroline Duble, the Political Director of Avow, an abortion advocacy group in Texas, reports that her organization is “doing everything we can to raise as much money as possible” to get people out of state.

She tells HollywoodLife that when it became clear that the Supreme Court was not going to strike down Texas’s law, despite its unconstitutionality, Avow prepared to help Texas women who were stranded with unwanted pregnancies.

She urges anyone who wants to help Texas women who need abortions and can no longer get them in the state, to donate to abortion funds. “We also need people donate to organizations like ours who will be endorsing candidates in 2022. We are working very hard to push a new leadership in Texas that actually represents us.”

To donate to an abortion fund to help Texas women go to neighboring states for an abortion go to the National Network of Abortion Funds and search under the state of Texas.

“Think of the impact that low income patients are going to be experiencing right now”, points out McGill Johnson. “A great majority of people who have abortions are parents already, so they know full well, the impact of bringing another person into the family and how it will impact their economic resources.”

Planned Parenthood is one of the several groups now suing Texas to block SB8. Another group in the lawsuit is the ACLU of Texas as well as the national ACLU ( American Civil Liberties Union ). The Justice Department has also sued to stop the law from being enforced. It was at first successful at winning an injunction against the law from U.S. District Judge, Robert L Pitman. However, the state of Texas appealed to the extremely conservative 5th Circuit Court of Appeals, which removed Pitmans’ injunction. The Justice Department appealed this, but the 5th Circuit allowed the law to remain in place. Now, as of Oct 15, the Justice Department has announced that it will ask the Supreme Court for an emergency halt.

American women are still supposed to have access to lawful abortions throughout the United States. The groundbreaking Roe V Wade case decided in 1973 remains the law of the land. It protected the rights of women in all states to have safe  and legal abortions.

But despite that, abortions are once again banned in Texas.

“There are judges who are openly hostile to abortion access, sitting on the Fifth Circuit and sitting obviously in the Supreme Court”, Drucilla Tigner, political strategist at the ACLU of Texas, tells Hollywoodlife. “And while judges take an oath to uphold the Constitution, and that is their job to interpret the law and to follow precedent, we know that judges have different views. And with the current makeup of the Supreme Court, it’s very uncertain about how they’re going to react to fundamental rights.” The Supreme Court now has a 6-3 majority of very conservative judges, 3 of them appointed by Donald Trump).

Tigner fears for the women of Texas and other states under Republican control, since the Supreme Court will consider another challenge to Roe v. Wade from Mississippi this fall.

In Texas, with the current 6 week abortion ban law, “They’re really making a ruling on abortion access, because abortion is now functionally banned in Texas. And even if they aren’t striking at Roe right now, they’re striking the essence of Roe by allowing an abortion ban to stay in effect… it feels pretty dire”, says Tigner.

McGill Johnson of Planned Parenthood warns that Texas is not the only state that is “at our door step”. “These are about 25 states that have legislatures that are poised to essentially copycat this legislation.”

The relief granted by the court on Wednesday is overdue. For more than a month now, Texans have been deprived of abortion access because of an unconstitutional law that never should have gone into effect. But this is not the end of this fight. #BansOffOurBodies https://t.co/7NXsRFqlbU

“It is astounding that the Supreme Court allowed a clearly unconstitutional ban to take effect”, McGill Johnson says.

Despite Caroline Duble’s despair that “the courts abandoned us” and that “it feels like the Texas government is just looking up new ways to kill us everyday”, she doesn’t want people to say, “oh screw, Texas”.

“The message I want to send the world is don’t abandon us. These are people here who are fighting with everything we have and we need your support. We need your funding. We need your attention. We need you to uplift what is happening here”, asserts Duble. “It’s a very difficult period for women and queer people who need access to abortion.”

To help Texas’s women, donate to the National Network of Abortion Funds.