Amid her promising conservatorship battle, Britney Spears reflected on her fears of ‘doing something wrong’ and making mistakes.

Britney Spears reflected on her conservatorship battle in a candid new Instagram post. The pop star, 39, shared a photo of her early Christmas decorations (Mariah Carey is quaking!) on October 15 and penned a lengthy caption about her legal battle thus far, revealing her fears of “doing something wrong” as the prospect of a terminated conservatorship becomes more promising.

“I’ll just be honest and say I’ve waited so long to be free from the situation I’m in … and now that it’s here I’m scared to do anything because I’m afraid I’ll make a mistake,” Britney began her post. “I worked so hard but now that it’s here and getting closer and closer to ending I’m very happy but there’s a lot of things that scare me.”

Recounting the ways that “creepy” paparazzi would “run through the trees” and “onto the road” in an attempt to “scare” her or try to make her “do something crazy,” Britney continued, “I’m fearful of doing something wrong.” The pop star also addressed the last 13 years of her life under the conservatorship, slamming the legal system that allowed the arrangement to remain in place.

“I haven’t done anything to be treated the way I have for the past 13 years,” Britney wrote. “I’m disgusted with the system and wish I lived in another country.” As for why she’s celebrating Christmas early: “I believe any reason to find more joy in life is a good idea,” Britney explained. “And it’s no secret that I’ve been through it in the past.” 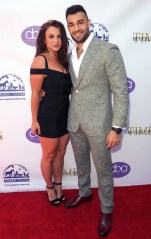 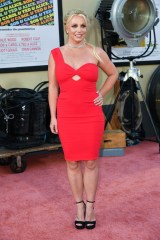 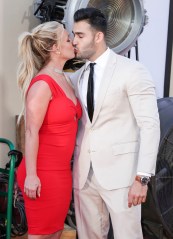 The “Stronger” singer ended her message with an amusing dig at her family, too, writing: “Lord have mercy on my family’s souls if I ever do an interview !!!” The post comes after Britney experienced a victory amid her conservatorship battle in court in September: her estranged dad Jamie, who has been conservator since the arrangement was put in place in 2008, was suspended from her conservatorship.

He has been replaced by John Zabel, a certified public accountant. The ruling came after Britney called for his removal in her court hearings in June and July, accusing him of conservatorship abuse. She also said she wanted to press charges against her family. “I would honestly like to sue my family,” she said in court. “I also would like to be able to share my story with the world, and what they did to me, instead of it being a hush-hush secret to benefit all of them.”

“I want to be able to be heard on what they did to me by making me keep this in for so long, it is not good for my heart,” Britney continued. “I’m told I’m not allowed to expose the people who did this to me.”