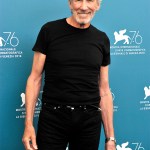 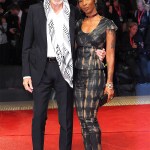 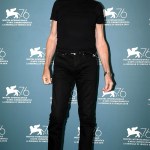 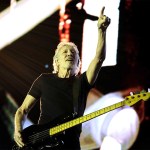 The classic rocker tied the knot again, wedding his girlfriend of at least three years Kamilah Chavis at his New York estate.

Wedding bells are ringing! Roger Waters announced that he married his fifth wife Kamilah Chavis in an Instagram post on Thursday October 14. The 78-year-old rocker married Kamilah at his New York estate in Bridgehamton, according to the DailyMail. The Pink Floyd bassist sweetly captioned the lovely photos of him and his beautiful bride with a romantic message. “I’m so happy, finally a keeper,” he wrote.

In the series of eight photos, Roger and Kamilah couldn’t look more in love! The pair were smiling and kissing, as they posed for the photos on their wedding day. Roger rocked a tie-less black suit, with a woodsy boutonniere. Kamilah was glowing in a simple sheer white wedding gown, with a black belt in the middle of it. She also had leaves and a similar flower in her hair. The final photo that The Wall singer had posted looked like the couple had changed to the cake, as they were both smiling and holding a knife. Roger was wearing a simple black t-shirt, while Kamilah wore a black and white polka-dotted tanktop.

The Pink Floyd founding member opened up about how he and Kamilah got together in a 2018 interview with Spanish news site Infobae. “I actually met her at one of my concerts a couple of years ago. She worked in transportation. She was driving the car that was taking me. I was in one place for two weeks and there were many transfers between the hotel and the stadium. My custodian sat in the front with her and they talked, while I stayed in the back. I don’t know, something about her attracted me,” he said. “One day I said ‘excuse me’, and she turned around. ‘Did someone ever tell you that you have beautiful cheekbones?’ I saw a little reaction, and that was the beginning.”

Roger’s first wife was his childhood sweetheart Judith Trim, whom he married in 1969, but the pair divorced in 1975. After Judith he was married to Carolyne Christie, who had previously married Grateful Dead manager Rock Scully, from 1976 to 1992. The pair had one son Harry, 44. He was married to Priscilla Phillips from 1993 to 2001, and the pair had one son Jack Fletcher. His most recent wife prior to Kamilah was Laurie Durning from 2012 to 2015.