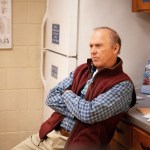 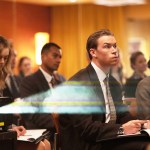 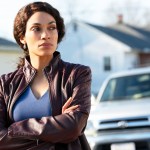 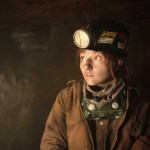 HL spoke EXCLUSIVELY with ‘Dopesick’ stars Will Poulter and Phillipa Soo about their characters’ very ‘different’ approaches to Purdue Pharma and what aspects of the opioid crisis left them ‘gut-wrenched.’

Dopesick is a new limited series that explores the origins of the opioid crisis in America. Will Poulter and Phillipa Soo play Billy and Amber, sales reps for Purdue Pharma. Purdue Pharma is the company that pushed the drug OxyContin on countless doctors and said it was “less addictive” than other drugs. Out of Purdue Pharma’s lies, the opioid crisis was born. Will and Phillipa spoke EXCLUSIVELY with HollywoodLife about what stunned them the most when they were learning about the addiction crisis.

“I was particularly gut-wrenched at the thought that there would be an attempt made to blame the victims, quite frankly, for their own addiction,” Phillipa told HollywoodLife. “I think that we’ve lost a little bit of our empathy, our ability to empathize with other people because other things get in the way: money, greed, power. The person behind all of these implications, it’s just devastating to see that people would be blamed for their own addiction.”

Will added, “I agree. That’s the thing that disturbed me the most. It’s the compound effect of actively burying information that implicates the drug as being highly addictive. And then going that one step further to then blame the people who become addicted and sort of labeling them as the villains in the story, all in pursuit of money. That’s really kind of the sort of whole sinister nutshell of it, which really disturbed me, and I think is, is probably going to disturb quite a lot of people to find out.”

When Billy and Amber begin to realize the addictiveness of OxyContin, they have “different” reactions to the situation. “I think for Amber, she’s incredibly ambitious and motivated. And ultimately, there’s a lot at stake for her, and she might not necessarily want to face the truths,” Phillipa said. “I think that there’s a very nuanced way that she’s able to justify and navigate what she’s doing, which is all stuff that she’s being told by her company that she works for. She’s doing her job, that’s really her perspective, and trying to put herself in somebody else’s shoes in a moment where she herself is just trying to find her way feels like a secondary priority.”

Will agreed that Billy and Amber have “different perspectives” on the issue. “I think without absolving Billy of blame entirely because, for a long while, he goes along with the rhetoric at Purdue,” Will told HollywoodLife. “He is fully immersed in the work culture there. Even when he first realizes that some of the things that he is, I guess, regurgitating and selling doctors on are not entirely truthful, he is by his own kind of admission sort of caught up in the success and the money and the status that I think comes with being at that company and rising through the ranks. My character is an amalgam, like a composite of a lot of different people who would have kind of occupied roles at Purdue at that time. I think he kind of reflects, as Pippa pointed out, what a lot of people were doing there which is they were mouthpieces for what they were being told by their higher-ups. They were relaying company messaging, which was knowingly false. They were very aware of the fact that what they were doing was fraudulent, and it’s interesting to have a role that allows you to kind of play both sides of that line, where you see a character aware of what’s fraudulent and then crossing that line into a public-facing space and presenting differently and kind of upholding the lie on behalf of the company.”

Will’s character, Billy, forges a relationship with Dr. Samuel Finnix, played by Michael Keaton. Will noted that Billy’s relationships with both Amber and Dr. Finnix pull him in separate directions as he becomes aware of the havoc that Purdue Pharma is causing. Will said getting to work with Michael was a “pinch myself” moment.

“I loved Michael both as a person and an actor. He was so generous, which is a phrase that gets overused with actors, but he really was with his time, with his energy, with his support of me. I’m really, really grateful to him. I loved virtually every scene that I did with him. The Billy and Finnix relationship was kind of alongside I think the relationship that Billy has with Amber. [It] was sort of very key to Billy’s development over the course of the series. It was really those two relationships that were sort of almost in opposition of each other in terms of which way Billy was going to go. I think, without giving anything away, Billy was being pulled in one direction by Amber and ultimately in the other by Finnix as the series unfolds. So it was great to kind of play the sort of the pinball between those two people.” Dopesick premieres October 13 on Hulu.