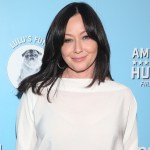 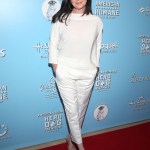 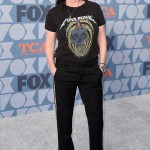 Shannen Doherty gave a hopeful update about her battle with stage IV breast cancer. For Breast Cancer Awareness Month this October, the actress, 50, appeared on Good Morning America on October 4 to discuss her ongoing battle with the disease, declaring her intent to “keep fighting to stay alive.”

“I never want to operate [like I’m dying],” the Charmed alum told journalist Juju Chang, lambasting the idea of making a bucket list: “I just want to operate as I don’t have things to check off because I’m going to keep fighting to stay alive.” The actress said she has been “living life,” spending “a lot of time with friends and family,” and continuing to work.

“A lot of people who get diagnosed with Stage IV, they sort of get written off. It’s assumed that they cannot work or they can’t work at their full capacity, and that is not true,” Shannen continued, adding that she finds her job “more fulfilling” amid her diagnosis. “That is something that I would really like for people to stop assuming and give us a chance to prove them wrong.”

Shannen was diagnosed with breast cancer in 2015. She went into remission in 2017, but in February 2020, the actress announced that the cancer had returned at stage IV. In an interview with USA Today in 2016, Shannen called the unknown the “scariest part” of her journey. “The unknown is always the scariest part,” she said. “Is the chemo going to work? Is the radiation going to work? You know, am I going to have to go through this again, or am I going to get secondary cancer?” 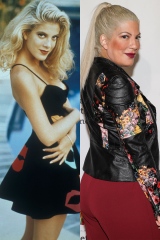 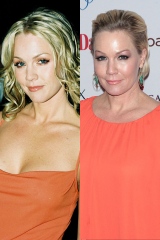 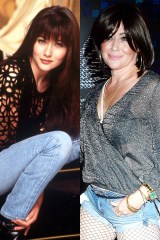 “Everything else is manageable,” Shannen continued. “Pain is manageable. You know, living without a breast is manageable. It’s the worry of your future and how your future is going to affect the people that you love.” During a virtual panel for her upcoming Lifetime film List of a Lifetime, which centers on a woman diagnosed with breast cancer, on September 15, Shannen called her battle a “part of life at this point.”

“I feel like I have a responsibility in my more public life, which I separate from my acting life to talk about cancer and perhaps educate people more and let people know that people with stage IV are very much alive and very active,” she said. “My husband says that you would never know that I have cancer. I never really complain. I don’t really talk about it. It’s part of life at this point.”