Workin’ 9 to 5: Courteney Cox has other “shifts” outside of her usual acting gig. The Friends alum, 57, shared an Instagram video on October 1 of her undertaking several other jobs around the Warner Bros. studio lot in Los Angeles, joking about what she does in between scenes of her upcoming horror comedy series Shining Vale.

“When’s my next scene?” the star asked a woman out of shot, who responded “in an hour.” Courteney responded, “In an hour, OK. I’ve got to do my other shift.” The star then heads over to work as a cashier at the lot gift shop, hand out parking passes at the security gate, and serve coffee to fans on the Central Perk stage from Warner Bros.’ studio tour as Dolly Parton‘s “9 to 5” plays in the background of the montage.

At the Central Perk set, which has a menu of drinks named after the sitcom’s characters, including “The Chandler” and “The Ross,” the actress served guests orders of “The Rachel” and “The Monica.” In the caption for the hilarious Instagram video, Courteney captioned, “When I’m not acting….” with the hashtag #inbetweenthescenes.

The actress’ upcoming horror comedy series, set to air on STARZ, just so happens to be filming on the same lot as her hit 1994 sitcom Friends. In August, Courteney similarly surprised fans and workers on the lot in between takes of Shining Vale. In an Instagram video shared on August 11, Courteney also did a series of other jobs around the lot during her break, including serving crew lunch and driving a golf cart and leading a studio tour. 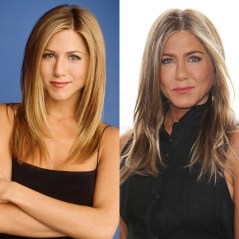 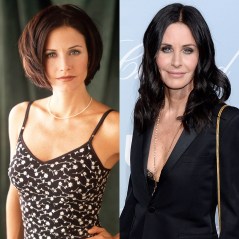 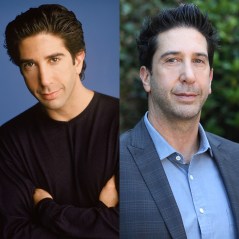 “We’re at stage five, which is right here on our right,” Courteney told the fans during the tour. “This is where Friends started in 1994, and is now occupied by a show called Shining Vale, starring me.” Following that video, Courteney delighted fans once more with a photo of herself on an orange couch situated in front of the iconic Friends fountain while holding a script for Shining Vale. “When worlds collide,” she captioned the post.