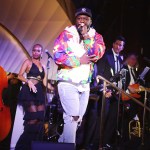 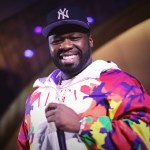 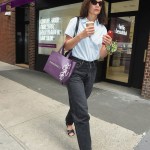 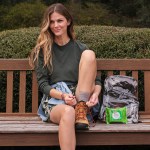 Katie Holmes is making a power play. The timeless fashionista and actress stepped out in a glittering power suit while attending Christian Siriano’s Spring/Summer 2022 debut collection at New York Fashion Week on Tuesday, September 7. And once again, she did not disappoint!

The Dawson’s Creek veteran wore a black matching pantsuit fully embroidered with silver asymmetrical grid patterns at Christian’s show held at Gotham Hall, where the designer showcased his ready-to-wear collection. Katie opted for a chic and simple look wearing just the blazer with nothing underneath over the flared leg design of the trousers as her black stiletto boots peeped out. Her highlighted brown hair was tousled in free-flowing waves paired with simple, barely-there makeup and a nude puckered pout. It should come as no surprise that the dashing suit was made by none other than the 35-year old designer himself!

Kate was in good company as the cashmere goddess was spotted sitting front row at the star-studded affair amongst other celebrities dressed to the nines including, Alicia Silverstone, Busy Phillips, Kristin Chenoweth and Real Housewives of New York star Leah McSweeney. Busy sported an orange snake skin body suit while Leah rocked an all-black glittery outfit that perfectly suited her downtown style. Also sitting runway-side was Lil’ Kim who flaunted her fiery red floral-inspired ensemble while whipping around an extra long braid that was topped off with a pair of simple black stilettos. Just another day of high-stakes fashion in New York City – no big deal! 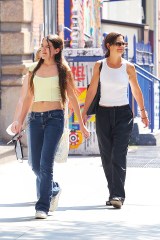 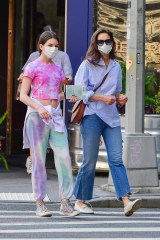 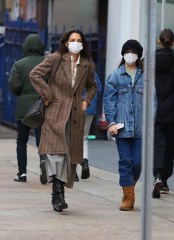 Katie is well known for serving us looks – be it on the streets of New York City or hanging out with 15-year old daughter Suri Cruise. The 42-year-old actress is regularly seen on the move in the city sporting her signature casual style that can range from uptown prep to downtown chic.