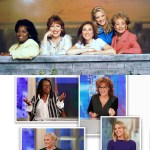 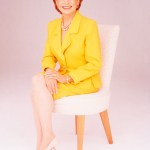 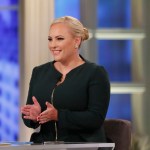 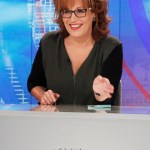 ‘The View’ announced its first round of guest co-hosts, who will bring conservative voices to the show following Meghan McCain’s departure in August.

The View announced the first series of guests who will sit in on the iconic daytime talkshow to potentially replace Meghan McCain. The first series of women who will be joining Whoopi Goldberg, Joy Behar, Sunny Hostin, and Sara Haines were announced on Monday August 30, and they’re a variety of conservative ladies from different backgrounds, via an ABC press release.

When season 24 ended, Meghan said good-bye after four years on the show. The daughter of late Republican Senator John McCain, she provided a more right-leaning view of issues and hot topics during the daytime staple. She left at the end of the season in early August. “I don’t know what else to say other than thank you all so much again for the privilege and honor it has been for the past four years to work on this show. It really has been incredible. It’ll be referenced in everything I do for the rest of my life,” Meghan said during her farewell.

The View will make its return with the premiere of Season 25 on Tuesday September 7. Besides a fresh crop of guest co-hosts, this season will also mark the four returning hosts going back in-studio for the show! It will be the first time that the ladies have recorded together in-person since March 2020 due to the COVID-19 pandemic. Other than season 25, ABC also announced that a new podcast, Behind The Table, will premiere on September 14.