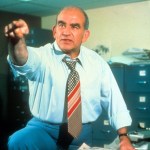 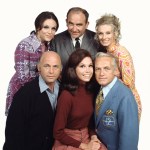 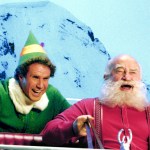 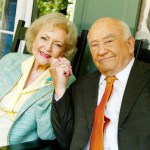 One of the titans of television has left us. Ed Asner, best known for his roles on ‘The Mary Tyler Moore Show’ and ‘Lou Grant’, has passed away at the age of 91.

Ed Asner, who won over television audiences while portraying the gruff Lou Grant on both The Mary Tyler Moore Show and the eponymous spin-off, is dead. The actor, whose career spanned over six-decades, won over a new generation of fans by voicing the grumpy character of Carl Fredricksen in Pixar’s Up in 2009. More than a decade after that heartbreaking film hit the big screen, fans are mourning again, as Ed passed away on August 29 at the age of 91, HollywoodLife can confirm.

We are sorry to say that our beloved patriarch passed away this morning peacefully. Words cannot express the sadness we feel. With a kiss on your head- Goodnight dad. We love you.

“Legendary actor, activist, father figure, philanthropist and 7-Time Emmy Award winning Icon, Ed Asner passed away today peacefully surrounded by family,” Ed’s publicist told HL. “He was 91.” Yitzhak Edward Asner was born in Kansas City, Missouri to Jewish Russian-born parents. After growing up in an Orthodox Jewish family, Ed enrolled in the University of Chicago, where he acted in several stage productions. Following a stint in the U.S Army, 1951-53, he returned to Chicago where he helped found the Playwrights Theatre Club, according to Britannica.com.

After heading to Los Angeles, following a stint in New York City where he honed his chops on Off-Broadway roles, Ed pursued a career in television acting. His big break came in 1970, when he was cast Lou Grant in The Mary Tyler Moore Show. In 1977, Ed’s character was given his own show, Lou Grant. While the original show was a comedy about television news, Lou Grant was a drama about newspaper journalism, and Ed is one of only two actors to win an Emmy Award for playing the same role in a sitcom and a drama.

Ed also won an Emmy for his performance in 1977’s Roots, where he was cast as the morally conflicted slave-ship captain, Thomas Davies. After Lou Gant wrapped up in 1982, Ed worked in a handful of series like The Bronx Zoo, Thunder Alley, and more. He also had an extensive voice-acting career, voicing characters in Captain Planet and the Planeteers, Fish Police, Batman: The Animated Series, Gargoyles, Freakazoid!, The New Adventures of Zorro and more. In 2009, Ed voiced Carl Fredricksen in Pixar’s Up. It wasn’t his first children’s movie, as he portrayed Santa Claus in Elf six years earlier.

Politically, Ed was an outspoken liberal and he didn’t shy away from politics. He was elected president of the Screen Actors Guild in 1981 and used the position to vocalize his views, most notably working against the U.S. government’s involvement in Central America. In 2017, he released The Grouchy Historian: An Old-Time Lefty Defends Our Constitution Against Right-Wing Hypocrites and Nutjobs. “I thought of [writing the book] for a long time,” he told The Daily Beast in 2017. “As a progressive, it’s a story I believe and believe in. If right-wingers truly understood what the Constitution meant they wouldn’t use it as a crutch every time they screw over the poor and the disenfranchised.”

Ed was married to Nancy Sykes from 1959 to 1988, and they had three children together: twins Matthew and Liza, as well as daughter Kate. He fathered a son, Charles, with Carol Jean Vogelman in 1987. He became engaged to producer Cindy Gilmore in 1991. They married in 1998, but she filed for legal separation in 2007. Ed filed for divorce in 2015. As the father and grandfather of children with autism, he worked closely with autism nonprofits Autism Speaks. He also worked with charities and nonprofits like the Comic Book Legal Defense Fund, the Rosenberg Fund for Children, Humane Borders, and The Survivor Mitzvah Project.