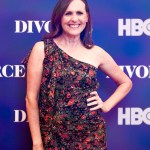 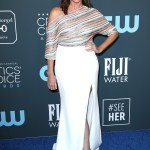 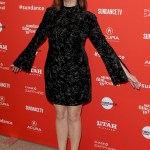 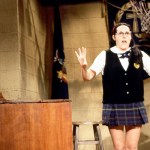 From heartbreaking tragedy comes comedy. Molly Shannon shared how the horrible loss of her mother, younger sister, and cousin inspired her to create the now-iconic Mary Katherine Gallagher on ‘SNL.’

“I was very heartbroken and very sad and just trying to hold it all together as a kid,” Molly Shannon told the Los Angeles Times in an interview published Sunday (Aug. 22.) Molly, 56, spoke candidly about the childhood car accident that killed most of her family. The star of The Other Two was only 4 when she lost her mother, younger sister, and cousin. Her father, who was driving while under the influence, survived the crash but was terribly injured. “There’s no way that you could feel that type of deep pain about your mother and your sister being dead,” said Molly, “so you just hold it all in, and it comes up later in life.”

Molly would get a chance to channel these feelings into one of her most iconic characters on Saturday Night Live. Initially created during an improv exercise class for a comedy show directed by Molly’s Friend, Madeline Olnek, Mary Katherine Gallagher was an energetic but socially awkward Catholic schoolgirl. She was also “really based on me,” said Molly, “how I felt after the accident — really nervous, accident-prone, wanting to please, f— up but full of hope.  I just exaggerated everything I felt as a little girl and turned it into a character.” Mary Katherine Gallagher was such a hit during Molly’s seven-season run on SNL, so much that the character received her own spin-off movie, 1999’s Superstar.

There was a downside to playing this character on SNL: Molly would hurt herself a lot. The character was physically demanding to play — Molly would willingly throw herself into a pile of metal chairs without padding – but she would barely register any pain at the moment. The following day after playing Gallagher, Molly would wake up with cuts and bruises – and not know where’d they came from. “Isn’t that weird?” she told the Los Angeles Times. “I didn’t care if I cut myself or I made myself bleed. I did not give a s—. I looked at it like punk rock. I was reckless, and because of what I went through, I just didn’t care about anything.”

Molly admitted that she felt vulnerable sharing these experiences for the first time. “You feel like you put your heart right there on the table,” she told the LA Times, “but I hope that my story can help other people.” Along with her celebrated career, Molly has a happy family: she and artist Fritz Chesnut in 2004, and they have two children together: daughter Stella, 17, and 16-year-old son Nolan. “I look at life differently, losing my mom, and living beyond years that she ever got to live,” adds Molly. “And I feel gratitude.”