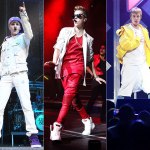 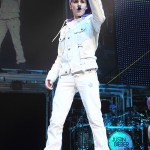 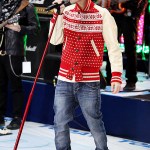 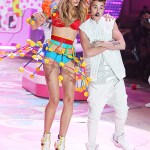 Justin Bieber has a simple message for you – and he’s reunited with Skrillex and recruited Don Toliver to deliver it!

Take the man synonymous with American dubstep, add one of the biggest pop stars of a generation, and a rising star in the hip-hop world, and what do you get? You get the new collab that dropped on Friday (Aug. 20), when Skrillex, Justin Bieber, and Don Toliver teamed up for ‘Don’t Go.” Not only did they drop a new song, but they released a video and it’s pretty amazing. Watch it above.

Fans first got the sense something was going down between Justin and Skrillex in October 2020, when Bieber shared a photo of him in a room with a large group of collaborators, including Skrillex, Jon Bellion, Maejor, Ant Clemons and Justin’s frequent songwriter, Poo Bear (h/t Billboard.) “None of us asked to be born. Life is a pure gift.. i am grateful that everyone in this room was born. Being able to create something from nothing that will last forever and speak to peoples hearts is something i don’t take lightly,” Justin captioned the shot.

On Aug. 16, Justin teased the collab with a pair of photos. In the shot – and in the video teaser that Skrillex shared a few days later – Justin had dreadlocks, indicating that the video was shot before he shaved his head in late May 2021.

“Don’t Go” marks a reunion for Justin and Skrillex. The two have worked together in the past, most notably on “Where Are Ü Now,” the hit song from Skrillex and Diplo’s supergroup, Jack Ü. Skrillex also produced a number of songs on Justin’s Purpose, “including arguably the biggest cut from the album, “Sorry.” The song has since been certified Diamond by the RIAA, and it became Justin’s second song to hit No. 1 on the Billboard Hot 100. The first was “What Do You Mean?”, the first single from Purpose. 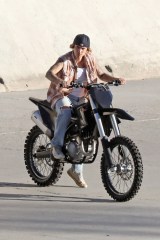 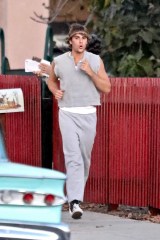 Since then, Justin has racked up a total of eight No. 1s: “What Do You Mean?” “Sorry,” “Love Yourself,” DJ Khaled’s “I’m The One (with Quavo, Chance The Rapper, and Lil Wayne), Luis Fonsi and Daddy Yankee’s “Despacito,” “Stuck With U” (with Ariana Grande), “Peaches” (with Giveon and Daniel Caesar, and, most recently, The Kid LAROI’s “Stay.” Justin is now tied with Drake with the most No. 1 among Canadians in the history of the Hot 100. The Weeknd is second with 6, while Bryan Adams and Celine Dion are tied at 4.

Justin’s most recent album, Justice, arrived in March 2021, roughly a year after he released Changes. Don Tolliver’s L.O.A.D. (Live Of A Don) album was supposed to drop in July, but it missed the deadline. Skrillex returned to music in 2021 after a brief hiatus, and has released a handful of songs so far this year.