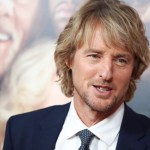 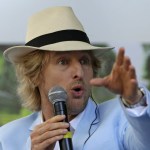 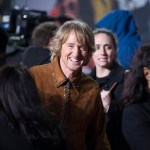 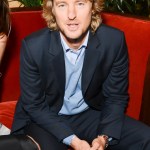 Nearly fifteen years after Owen Wilson attempted to take his own life, the ‘Loki’ star says it was his older brother, Andrew Wilson, who helped make life seem ‘manageable’ and worth living.

Though the word “suicide” doesn’t appear in Owen Wilson’s new feature in Esquire, his 2007 attempt does come up in conversation. Owen, 52, “doesn’t talk much about his own close encounter with death,” per writer Ryan D’Agostino, but did share that after trying to take his own life fourteen years ago, older brother Andrew Wilson “stayed in [Owen’s] house after that, rising with him each morning.” Andrew, 56, — who appeared alongside Owen in films like Bottle Rocket, The Royal Tenenbaums, and Zoolander – wrote up “little schedules for each day so that life seemed at first manageable and then, at some point, a long time later, actually good.”

Owen spoke about dealing with depression for most of his life. “As a kid, there’s a lot of things that you think about,” he told Esquire. “Death—that kind of landed with me when I was about eleven. And I don’t remember ever talking with my parents about it. Although I do remember one time saying to my dad—and I remember exactly where in the house—saying, ‘I worry about dying,’ and seeing my dad turn away and catch himself. And I was surprised to see that reaction. But who knows, maybe that was part of why I said it.”

“Sometimes it seems like life is being played by Gene Hackman in Hoosiers,” wrote Owen in an email to D’Agostino. “Tough but fair. He’s going to demand a lot, but if you play as a team and do your job, things work out. That’s a good feeling. Things make sense. But of course, sometimes life seems to be played by Tom Hardy in The Revenant, some nightmarish guy trying to kill you, where even if you get the upper hand, he’s still going to be there at the end whispering, ‘This ain’t gonna bring your boy back’ or your dad back or any good times from your past back. Or whatever. And when life’s being played by that guy, you just gotta hang on and wait for it to pass.”

In late August 2007, Owen was hospitalized after police responded to a call about a suicide attempt at his Santa Monica home, per The New York Times. A day after he was admitted to Cedars-Sinai Medical Center in Los Angeles, his publicist issued a statement on Owen’s behalf: “I respectfully ask that the media allow me to receive care and heal in private during this difficult time.”

“Obviously, he has been through a lot this week,” Wes Anderson told the Times in September 2007. The director, who worked with Owen on such films as Tenenbaums, The Darjeeling Limited, and The French Dispatch, said that Owen “has been doing very well, he has been making us laugh. When he is ready, he’s going to speak for himself much better than any of us could.”