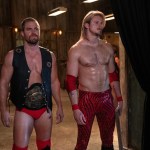 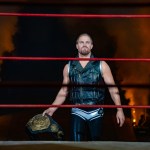 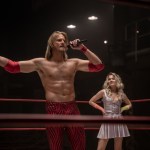 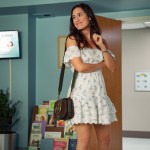 Alexander Ludwig and Stephen Amell spoke EXCLUSIVELY with HL about the complicated dynamic between brothers Ace and Jack Spade in the gripping wrestling drama ‘Heels.’

For Ace and Jack Spade, the lines of who’s the hero and who’s the villain within the Duffy Wrestling League have always been crystal clear. In the new STARZ drama Heels, those lines begin to get blurred inside and outside the ring for these brothers. Ahead of the show’s premiere on August 15, HollywoodLife got EXCLUSIVE scoop from stars Alexander Ludwig and Stephen Amell about the bond between the Spade brothers.

“I think we say this in the story, brothers sparing is a tale as old as time. I do think that Ace and Jack would take a bullet for one another if it came down to it, but they definitely have some serious issues. They need to figure it out,” Alexander told HollywoodLife. Stephen quipped, “Speak for yourself, man. I’ll drop you at the drop of a hat.”

Jack is the storyteller for the DWL, and he wants the spectators to be invested in the storylines he’s telling. But how far is he willing to go for the sake of the story he thinks is best? “I don’t think he’s interested in morally compromising himself,” Stephen said. “Ace says in the first episode, ‘These are guys in tights beating each other up. It’s supposed to be fun.’ And he [Jack] says, “Not at the expense of being good.” So it’s all about being good, and if that means sacrificing your body… Things get heated in the wrestling ring so you can say one thing backstage but when you’re out there and the lights are on and it’s go time, you never know what’s going to happen.”

Unlike Jack, Ace has trouble separating his character inside the ring and real life. Alexander believes the pressure Ace has always been under makes him unable to fully shake his character.

“I think it comes down to how he was raised,” Alexander said. “The expectation put on him by his family and the town, Ace is the rockstar in the ring. He’s going to make it out of this small town. He’s going to make it big. He’s the hero. And he’s identified so much with being that character that he’s lost himself in the process. In fact, I’d go so far as to say he’s never really found himself. He’s always lived for everyone else but himself. He’s seen himself through everybody else’s eyes. He was such a dream to play. For me, I could relate to Ace on a lot of levels, and I think a lot of people can. Ace is an explosive personality. Deep down he’s just a child who lost his father and is trying to find his place in the world.”

While Ace seems to be the Spade brother destined for a career outside of Duffy, Jack has thought about that, too. He wants to do more. “He says in the pilot episode that he loves his dad, but his dad didn’t know how to think and how to grow and expand,” Stephen told HollywoodLife. “He didn’t really want to. He was fine with his lot in life in Duffy, and Jack’s not. He understands that the Duffy Wrestling League, they’ve cornered the market in Duffy, Georgia, but what about taking it statewide? What about turning something into a national promotion? He has eyes on eventually being an AEW or the WWE, but unfortunately, for him, he needs Ace in order to do that. Ace is trying to leave. Bad decisions are in the mail.”

Alexander added, “And on a personal level, Ace does need Jack to keep himself in check and keep himself in line. He doesn’t have a father figure. I don’t know if he ever really did. I mean, Jack means more to him than anybody, which is why I think he hates him so much.”

Even though he has the talent, Alexander doesn’t think Ace is ready to branch out. He doesn’t have the support system he needs right now. “The funny thing about this world for me is also that there are so many parallels in what we do,” Alexander noted. “You kind of have to adapt but the only way you survive is that no man is an island in acting or in wrestling or any professional sport. Anybody will tell you you need to surround yourself with people who will lift you up and give it to you straight. You can’t do anything like this on a huge scale without a great team, without a great group of people. Ace doesn’t have that. He has his brother, but right now, him and his brother are in a disastrous form because deep down they are on a roller coaster of emotions trying to deal with their father’s passing and longing for more out of life.” Heels will air Sundays on STARZ.