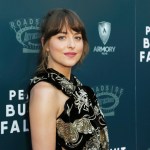 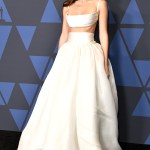 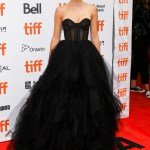 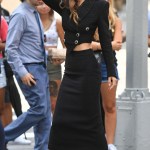 Dakota Johnson (almost) bares it all in the first trailer for her new film ‘The Nowhere Inn,’ which also shows the actress cozying up with musician St. Vincent in bed.

Dakota Johnson, 31, is giving fans major Fifty Shades of Grey flashbacks for her clothing, or rather, lack thereof, that she’s sporting in her new film The Nowhere Inn. The trailer for the psychological thriller dropped on Thursday (Aug. 12) and shows Dakota stripping down to sexy lingerie for quite a risqué scene. Dakota plays herself in the film, and is joined in the NSFW moment by Annie Clark, aka St. Vincent, to seemingly fool around in bed together. And they aren’t alone: Carrie Brownstein is in the room to film the pair for a racy documentary about St. Vincent.

“Hi Carrie,” Dakota says laying in bed while dressed in her sexy black lace bra, panties, stockings and stiletto heels, as St. Vincent tells Carrie, “We want you to film us.” The trailer then cuts briefly to what looks to be a sex scene between Dakota and St. Vincent — and Carrie gives the camera a pretty uninterested look during the salacious segment.

Dakota is of course no stranger to participating in risqué scenes in movies, and she had no trouble doing so again for The Nowhere Inn. In a Jan. 2020 interview with Variety, St. Vincent said Dakota “was a really great sport for what was a very strange ask” regarding the lingerie scene. “I think it was originally, like, ‘Dakota will you play my girlfriend?’ ” the musician recalled — to which Carrie added, “It wasn’t like, ‘Will you put on lingerie and come hang out?’ ” 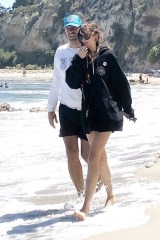 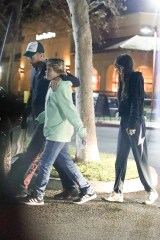 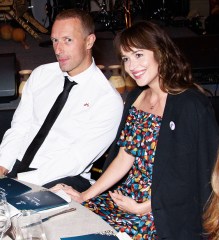 The Nowhere Inn is set to be released in theaters on Sept. 17. The film made its debut at the Sundance Film Festival on January 25, 2020. It was also supposed to also be screened at the South by Southwest and Tribeca Film Festival that year, but both festivals were canceled due to the COVID-19 pandemic. St. Vincent and Carrie wrote the screenplay for the film, and Bill Benz directed.