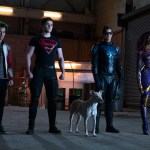 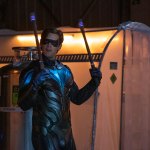 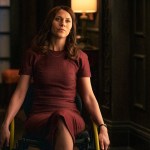 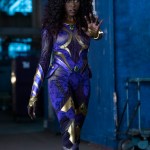 Barbara Gordon is entering the Titans universe with the start of season 3, which premieres August 12 on HBO Max. Savannah Welch stars as the iconic character who is now the commissioner of the Gotham City Police Department in the wake of her father Jim Gordon’s death. Ahead of season 3’s debut, HollywoodLife got EXCLUSIVE scoop from Savannah about the Barbara Gordon we are going to meet on Titans.

“She has taken over as commissioner, and it’s still somewhat of a new position. It’s new-ish, I should say, where she is feeling sort of the pressures and a lot of eyes on her to live up to that role and step into her father’s shoes and the ways that she’s doing that differently,” Savannah told HollywoodLife.

This promotion is bittersweet since it happened after her father passed away. Savannah weighed in on why Barbara’s decision to become the new commissioner wasn’t forced on her whatsoever. 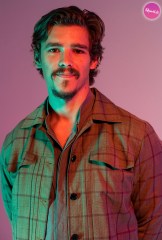 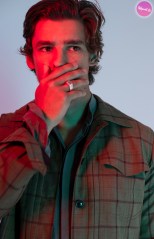 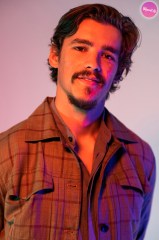 “It wasn’t expected of her necessarily. I think that she made a choice and that she shares in his passion to protect the citizens of Gotham,” Savannah said. “She just almost accepts that it is her path. I think that she’s channeled her grief into her motivation to eradicate the villains. I think the way that her dad died and her experience becoming chair bound, she just kind of takes that grief and channels it in a way that can be productive.”

Barbara is now in a wheelchair when Titans season 3 begins. In the comics, Barbara was shot and paralyzed by the Joker when she was Batgirl. Savannah, who is an amputee, opened up about representing the disability community onscreen.

“It feels important,” Savannah said. “It feels intimidating a bit. In some ways, I feel honored. I was really happy to see the progress being made and the fact that Warner Bros. was very committed to casting someone from the disability community. Initially, as just Savannah, there was a part of me that felt concerned that some of the DC comic fans and that the DC comic purists would have an issue with the fact that I’m an amputee or an issue with the fact that I’m not chair bound. Historically, Barbara Gordon’s paralyzed from the waist down. She has both of her legs, and she’s chair-bound. I didn’t know how that would be received. I guess I still don’t entirely. I know that I could bring my own experience to this character and that is my experience with a physical limitation, but also just the emotional, psychological experience of becoming disabled and sort of reckoning with life as it is now in a new reality. And so that was something I felt was essentially the work. That’s what was being asked of me, and I was happy to get to do that. We did have a disability consultant, a woman named Santina Muha, who is chair bound, and she was available and very open about any questions I had, anything that myself or the writers needed to put past her or have her input on. It was so valuable. It was a task and was one that I didn’t take lightly.”

Barbara will also be coming face-to-face with Dick Grayson again since he’s returning to Gotham with the other Titans. Savannah teased the dynamic between these two characters who have a very storied history from their pasts as Batgirl and Robin.

“There’s a little tension,” Savannah admitted. “One thing I think fans have always loved is that they have a very playful, sort of sarcastic, tit-for-tat connection. There is so much history and so much, I would say, love between the two of them and shared life experience in being Batgirl and Robin. There’s been some distance, there’s been some time, and there have been some changes that have happened in both of their lives. She’s not stoked that he’s coming back to Gotham. I think in some ways she’s mostly concerned with his well-being and what his presence in Gotham might instigate. And that goes for all of the Titans as well. She’s got some resistance to Dick and the Titans coming back.”

In the DC comics, Dick and Barbara do become romantically involved. HollywoodLife asked whether or not that romance will be touched on in Titans season 3. “There’s an obvious connection between the two of them. They have some hurdles to get through as they decide whether or not that’s the right timing at the moment. It’s definitely something we explored a bit,” the actress teased.

Barbara has left Batgirl behind, but she will be embracing a new chapter as Oracle. “It’s a pretty natural progression,” Savannah admitted. “You get to see why and how it’s a bit of a different interpretation of Oracle than I think what has been seen before. It’s artificial intelligence in a sense that she can take on, I almost want to say, a mind of her own. But there’s an obvious need to bring in Oracle and then also an awareness of how that could almost become out of control.” The first three episodes of Titans season 3 will premiere on August 12 with subsequent episodes launching weekly every Thursday through October 21.