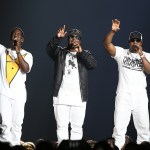 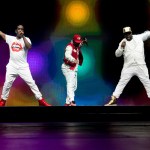 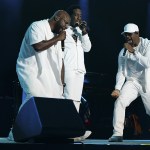 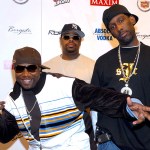 Three decades after Boyz II Men burst onto the music scene, the trio will be involved in a Vegas show, alongside some of the other biggest 90s boy groups.

Boyz II Men stars Wanya Morris and Shawn Stockman have opened up about their upcoming Vegas shows. The trio, which also includes Nathan Morris, have been making music for 30 years, and aren’t showing any signs of slowing down. “We’ve gone through a lot, the world has gone through a lot. And, you know, we’ve all been doing this for 30 years. [We’re] focusing on what is more important, which is family. Absolute, unconditional love, you know, the things that are important … Boys ll Men has always been a representative of love and love and music and, and family,” Wanya told HollywoodLife during an exclusive interview at the launch of their Bella Magazine cover held at the Southampton Social Club on Aug. 7.

As fans would know, Wanya will join members of three iconic ’90s boy groups to create The After Party in Las Vegas. Backstreet Boys stars AJ McLean and Nick Carter, and *NSYNC’s Joey Fatone will come together for a series of shows at the Venetian Resort from August 19 through August 22, 2021. “There’s no jealousy here, absolutely not,” Shawn joked. “I’m happy for him, I’m actually excited to see the show … it’s gonna be real fun.”

The duo and party attendees were dressed in all blue for the 9th annual Hamptons event, which included guests like shoe designer Ruthie Davis and former View co-host Star Jones. Guests also enjoyed Wanya and Shawn’s organic Harmony Wines rosé, along with Lucky Jack Coffee, 1907water, Prosecco DOC and other treats to celebrate the group’s milestone 30 years. The celebrations continued well into the evening with a post-event at the luxe Capri Southampton Hotel.

Wanya also reflected on the group’s success over the past three decades. “It feels great that we’re still able to grace covers of magazines after 30 years, that’s always a beautiful time,” he said, adding that the trio were moving into a new industry entirely with their Harmony Wines business. “This is different, because this doesn’t have anything to do with music which signifies to us that there’s still some growth with the group itself.”

He continued, “After 30 years we’re still able to diversify and do different things outside of just what we’re known for. So this is what we’re most excited about. This is a business venture that we’ve been working on for a few years. And so far, so good, everyone that’s sampled our wine, loves it. It’s a legit product. And it’s not anything that’s about gimmicks or anything like that, it is a really good wine.”