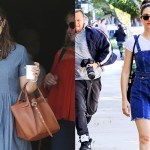 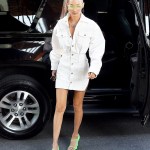 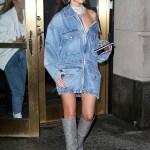 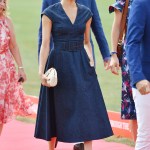 ‘F9’ star Charlize Theron has stunned in a denim shirt dress after taking a dance class in Los Angeles. See the stunning pics!

Actress Charlize Theron, 45, who got her start in the industry as a dancer, has stepped out for a dance class in Los Angeles. The F9 star rocked a flowy denim shirtdress while exiting the studio on July 24. She accessorized with a black protective face mask, yellow sunglasses, and white sandals, as she pulled her blonde hair back into a ponytail.

While Charlize is best known for her roles on the big screen, fans would know she’s a classically trained ballet dancer, who was a student at the Joffrey Ballet School in New York City after moving to the United States from South Africa as a teenager. Charlize was pursuing both modeling and dance, however her career was cut short when she suffered a knee injury.

“I went to New York for three days to model, and then I spent a winter in New York in a friend’s windowless basement apartment,” she told the New York Times in 2008. “I was broke, I was taking class at the Joffrey Ballet, and my knees gave out. I realized I couldn’t dance anymore, and I went into a major depression. My mom came over from South Africa and said, ‘Either you figure out what to do next or you come home, because you can sulk in South Africa.'”

Charlize Theron -- Photos Of The Actress 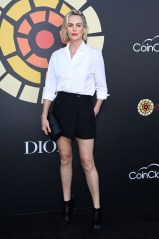 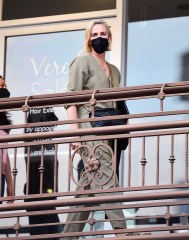 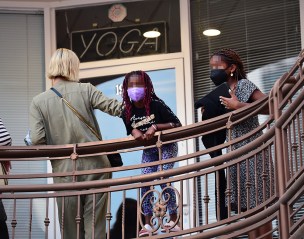 Shortly after suffering a heartbreaking injury in 1994, Charlize’s mom bought her a one-way ticket to Los Angeles, and the rest, as they say, is history. She would go on to star in films like Children of the Corn III: Urban Harvest, and The Devil’s Advocate, which made her a household name.

Most recently, it was revealed that she was cast in HBO Max’s The Final Girl Support Group, which is about a group of serial killer survivors who come together to save one of their own when she goes missing. Charlize’s production company Denver & Delilah Films is slated to develop the project in tandem with It director Andy Muschietti.