“And time will tell / Maybe I should just face it /That I don’t know myself,” sings Matt Sherman, one-third of The Keystones, in their new song, “Time Will Tell,” and in the accompanying video, premiering here at HollywoodLife, we don’t really know who they are. At the start of the visual, Matt, Jake Lutzke, and Eddie Curran are dressed sharply in a music showcase. A representative of “Pacific Records” watches, only to choose not to give the band a contract. Out goes the suits, and on goes the eyeliner, as a shaggy-haired “Fearful Records” rep also shoots the band down.

As the band performs their tune – three minutes of punky, poppy, pure sparkly sonic sweetness that comes with a kick, the musical equivalent of eating your favorite flavor of South Patch kids on a perfect summer day — more reps from other labels watch on disapprovingly (shout-out to “Powered By Pad Thai”). Despite all this rejection, the band continues to try on different iterations before ultimately settling on the best one: themselves. The video ends with a smile, proving that when you finally “know yourself” and embrace yourself, things tend to fall into place.

The video is autobiographical — in the sense that every band undergoes these grinding auditions in hopes of getting an offer that could make or break them — but the lyrics? Those are definitely specific to The Keystones’ personal journey. “These lyrics are synonymous to our band as a whole,” the band tells HollywoodLife, “as our paths have ebbed and flowed. We’ve been through many changes, hardships, and amazing times – but only ‘Time Will Tell’ what’s next.” 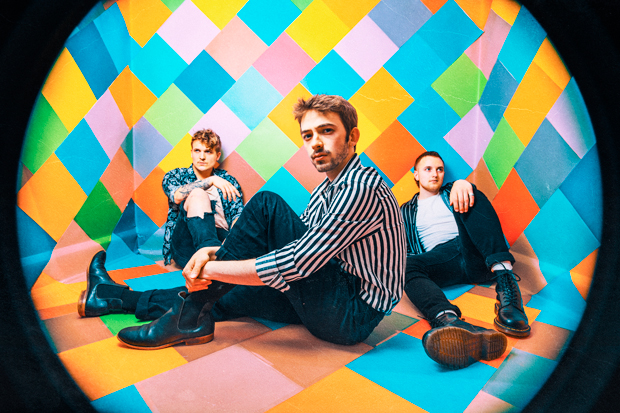 If this video and song are any indications, what’s next will be found on many fans’ “Best Of” playlists by the end of 2021. The band, hailing from Waukesha, Wisconsin (the birthplace of the electric guitar), recently underwent a metamorphosis, emerging as an indie-pop trio. Now, they are prepping more independent releases by the year’s end. Older fans might remember them from tracks like “2010” (released in 2019, oddly enough), “Miss Connection,” “Everything I Hate To Lose,” and “Blackheart.” This new song, and the subsequent releases coming up on your streaming horizon, will serve and a reintroduction to some and a dynamic first impression to others.

“Time Will Tell” is out now.