With vibrantly painted faces and a song that’s even more heartfelt, Soft Toys – the latest project from BHuman’s Harrison Scott Kuykendall – share an ode of longing and ‘regret.’

It’s a stark, blank canvas at the start of “Count Me Out,” the debut release from Soft Toys, but this empty space doesn’t stay that way for long. In the video, premiering here on HollywoodLife, the colors pour in as vivid as the emotions as the new solo project from BHuman’s Harrison Scott Kuykendall ushers in the new era of “soft boy pop.” As Harrison sings about being caught up in his emotions (“I’ve been messing around but I need you”), he’s joined by Evanie Frausto and George Kan, the visual artist duo known as Genie Kausto. As the pop trip of a new generation, Soft Toys deliver ‘90s-inspired looks throughout the “Count Me Out” video.

Musically, “Count Me Out” should be found on every post-breakup playlist for the foreseeable future. The song showcases a pop sensibility that is as visually intriguing as the looks Soft Toys pulls in the video (which, like all of Harrison’s recent visuals, is directed by his partner, photographer/director Eli Schmidt). The inclusion of Genie Kausto in this first impression emphasizes the importance of Soft Toys’ visual component that this is a pop band that aims to engage all your senses. 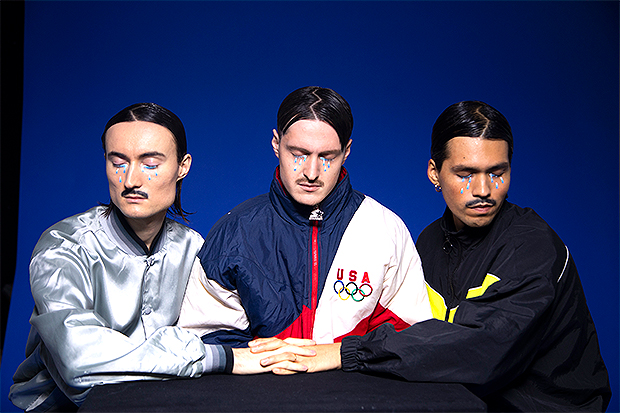 “I’ve known Evanie [Frausto] since I moved to New York, and he’s done the hair on the majority of my videos,” Harrison tells HollywoodLife. “He is endlessly talented and creative, and when I saw the work he had been doing with his partner, the artist George Kan, I knew they would come up with something insane for the video. They basically had free reign to come up with wacky looks, and we just had fun creating together on set.” 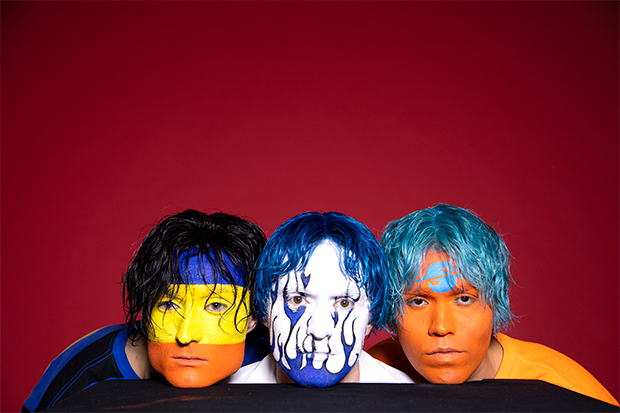 The fun can be seen in the video, as the trio rock looks inspired by the Backstreet Boys, Savage Garden, and the Insane Clown Posse (for real). This slice of magic-magic arrives one week before Soft Toys delivers its debut EP, Count Me Out. In addition to the title track, Count Me Out includes “BodyFree,” a song that examines the gap between reality and the lives we curate online; “Tell Me What I Wanna Hear,” a song about how sometimes a sweet lie is more palatable than the bitter truth; and tracks “Peace & Quiet,” and “All or Nothing.”

The EP arrives on July 30, so start counting down the days until it hits your favorite streaming service.