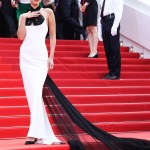 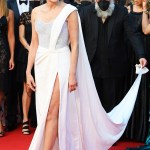 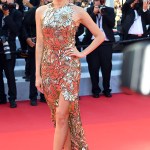 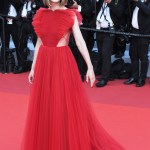 When you’re Bill Murray, you can get away with anything – but the clashing outfit the ‘French Dispatch’ star wore ats Cannes is pushing it.

“I would like this picture of Bill Murray wearing this outfit and two watches to the premiere of The French Dispatch preserved and put up at The Louvre next to the Mona Lisa,” tweeted Twitter user @dailyleney on July 15, sharing the viral photo of Bill, 70, alongside his Dispatch co-stars Timothée Chalamet, and Tilda Swinton, as well as the film’s director, Wes Anderson. “The balance of his outfit in contrast to Tilda Swinton’s sharp suit is HIGH ART.” Bill’s outfit at the Cannes photocall really was something to behold: a short-sleeved button-up that looked like it was made out of two Hawaiian shirts hastily sewn together; a white fedora; baby blue shorts; running shoes; and two watches.

The picture itself is pretty shocking. Timothée, 25, dressed like he was ready to pop into a punk club to catch a show by Thee Gunlocks or Nightwatchers. The young star of The French Dispatch rocked an Elara “In God We Trust” T-shirt, black pants, and heavy-duty Givenchy boots, per Vogue.  Wes, 52, dressed exactly how you would expect him to dress – as if he walked off a Wes Anderson film. Meanwhile, Tilda, 60, was stunning, as always, wearing a blue Haider Ackermann suit. The image spawned a meme of users describing the four: “TikTok, Twitter, Instagram, FB,” “NYMag, The Atlantic, The New Yorker, Harpers,” “alamo drafthouse, new beverly, vista, laemmle” and “Brooklyn, Queens, Manhattan, The Bronx.”

However, for the premiere of The French Dispatch, Bill did suit up in a classic black tux. The film earned a massive standing ovation from the audience. As the stars stood up to take in the applause, Tilda reached over to give Timothée a pat on the back and a sweet hug. She then turned him around towards a camera (that projected their image on the screen) to show that she had stuck her seat’s nametag to the back of his glittery, metallic, Tom Ford suit jacket.