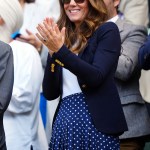 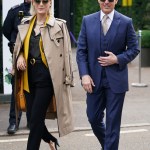 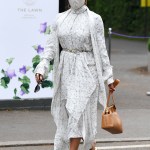 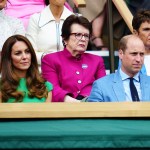 A-listers were out in force at London’s Wimbledon tournament, including co-stars Tom Cruise and Hayley Atwell, as well as Priyanka Chopra.

Tom Cruise, 59, has stepped out for a rare public appearance at the 2021 Wimbledon tennis tournament in London. The Hollywood heavy-hitter was joined by his co-star, and rumored girlfriend, Hayley Atwell on the 12th day of the competition at the All England Lawn Tennis and Croquet Club. He looked sleek in a blue, three-piece suit with black lace-up shoes, a silver tie, and dark shades.

Meanwhile, Hayley looked incredibly chic in a cream patterned maxi dress and a coat draped around her shoulders. She accessorized with bright red pumps and a pair of oversized, dark, sunglasses. The Mission: Impossible 7 stars were said to have “grown close” while filming scenes together in late 2020, The Sun reported. While dating rumors remain unconfirmed, the pair certainly appeared to be in good spirits while arriving at the famed tournament.

Elsewhere at the tournament, Priyanka Chopra looked glamorous in a high-neck white dress which featured an asymmetric hem and a printed belt which cinched in at the waist. The actress, who is married to Nick Jonas, also opted for a pair of black heels. a beige handbag, gold earrings, and a grey face mask. As tennis fans would recall, Serena Williams sadly had to pull out of Wimbledon due to injury just a couple of days prior. 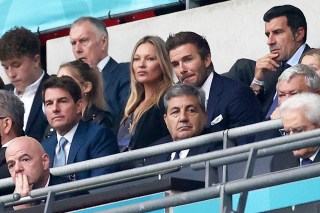 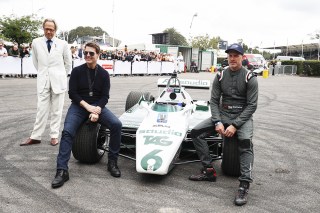 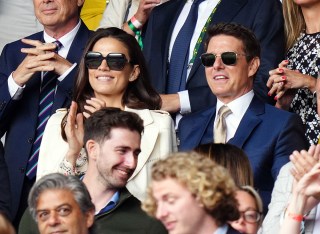 The seven-times singles champion revealed the news in a heartbreaking statement. “I was heartbroken to have to withdraw today after injuring my right leg. My love and gratitude are with the fans and the team who make being on centre court so meaningful,” she said. “Feeling the extraordinary warmth and support of the crowd today when I walked on – and off – the court meant the world to me.”