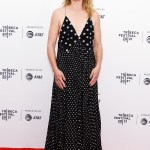 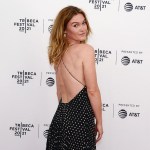 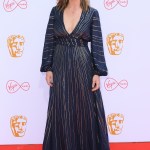 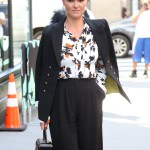 Julia Stiles looked as radiant as ever while attending the red carpet premiere of ‘The God Committee’ at the 2021 Tribeca Film Festival! See the pics of the stunning star.

Julia Stiles stepped out for a major industry event on Sunday night and she couldn’t have looked better! The actress, 40, was photographed on the red carpet for the premiere of her new film The God Committee at the Tribeca Film Festival in New York City on June 20. Julia looked effortlessly elegant in her black and white polka dot frock.

The Khaite-designed flowing dress looked great on the star, who opted for a slightly more casual look for the summertime event. The dress also featured spaghetti straps, which criss-crossed in the back, revealing a low backline to the maxi dress. She accessorized the dress with a set of Jennifer Fisher Baby Erin Hoop earrings, which featured a gold setting that simply glistened in the light of the cameras.

Julia has always been a stunner, and she really gave her longtime fans some major ’90s throwback vibes with her tussled hair and simple makeup look. The actress joined co-stars Kelsey Grammer and Colman Domingo for The God Committee‘s debut at the Tribeca Film Festival. The film follows an organ transplant committee as they decide in just one hour which of three patients should receive a life-saving heart. Of course, there’s a major twist.

Seven years later, the committee meets again and has to deal with the consequences of that fateful decision. It’s definitely a dramatic turn for Julia, who has showcased throughout her career that she is game for practically anything! Julia rose to fame in the ’90s and early 2000s in films like Save The Last Dance and 10 Things I Hate About You.

Since that time, Julia has maintained a flourishing career in independent films and more. Plus she has a lot more in store. One of Julia’s next big projects is her feature directing debut! Julia will adapt Renée Carlino‘s novel Wish You Were Here for the big screen, and fans cannot wait to see how her vision of the story will translate to the film!