Jazz Jennings got very candid about her relationship with her body, and mental health, in a new Instagram post. The reality TV and YouTube star opened up about her binge-eating disorder, and her weight gain over the past two years, telling fans she was “committed toward bettering” herself. “As many of you have noticed, over the past few years, I have gained a substantial amount of weight. I suffer from binge-eating disorder, a disease in which I’m not only addicted to food, but I eat it in large quantities,” she wrote in the caption of her June 18 post.

The 20-year-old, who underwent gender confirmation surgery in 2018, explained that her “binging,” and an “increased appetite” as a result of certain medications, caused her to gain almost 100 pounds. “I’m posting this photo because it’s time for me to address my weight gain and hold myself accountable,” she added in the caption of the pic, which showed her standing by a pool in a pair of black exercise shorts and a purple sports bra.

“I’m ready to change my ways. I’m ready to take the initiative and create positive changes when it comes to my health and body.” The brunette beauty also noted she has “a fabulous team” around her, but explained that “at the end of the day, I have to be the one committed toward bettering myself. I know I have the power in me to lose the weight, and I intend on sharing my progress with all of you. Love you all, and thanks for understanding the battle I’m fighting to win.” 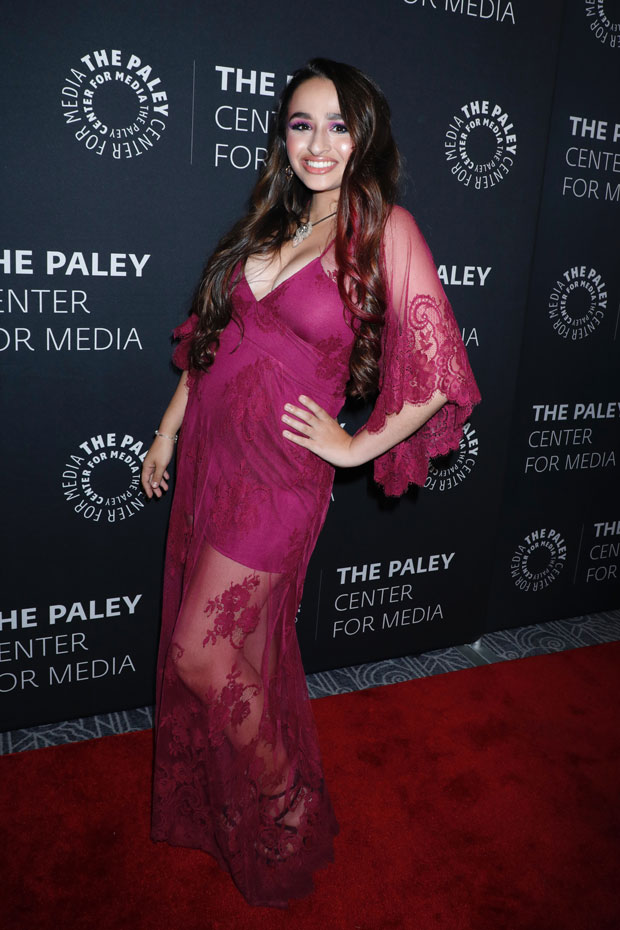 Her brother, Sander Jennings took to the comments section to throw his support behind Jazz. “You are so resilient and can do anything you put your mind too. I believe in you and will be by your side every step of the way.” Jazz replied, “You’re my teammate.” Hundreds of other fans showed support for the 20-year-old, too.

“I too suffered from binge eating disorder but am now fully recovered. Please reach out id you need a friend who’s been through it :) thanks for sharing with us! You are so awesome,” mental health advocate Victoria Garrick wrote, while another commented, “You are so resilient and can do anything you put your mind too. I believe in you and will be by your side every step of the way.”

Related: Jennifer Connelly’s Kids: Everything To Know About Her 3 Children