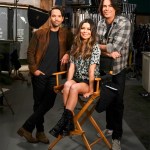 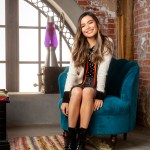 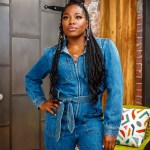 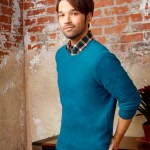 ‘iCarly’ is back! HL spoke EXCLUSIVELY with Nathan Kress and Jerry Trainor about the epic revival, how the absence of Jennette McCurdy’s Sam will be explained, and more.

It feels like 2007 all over again. The highly-anticipated iCarly revival premieres June 17 on Paramount+. Almost the entire original cast is returning, with the exception of Jennette McCurdy. HollywoodLife got EXCLUSIVE scoop from Nathan Kress and Jerry Trainor about the Sam-less revival.

“I think that was one of the key things that we wanted to make sure from the get-go was that we at least explained why Sam is where she is,” Nathan told HollywoodLife during the show’s virtual press junkets. “In the iCarly universe, she went off anyway and went to Los Angeles and is living her own life. We expound on that a little bit.” After iCarly ended in 2012, Sam got her own spinoff Sam & Cat.

Jerry added, “I would say we address it. We don’t go crazy deep, but we want to let the audience know where she is and what she’s doing.” Nathan promised that the show is not “trying to steamroll” over Sam’s absence. Jerry followed up with, “While also respecting where Jennette McCurdy is in her life. She’s decided to move on and we’re super proud of her and super happy for her and we miss her. She’s very much a part of our family in this world. But that being said, it has given us the space to introduce new characters, to have new voices, and to go in I think directions that are unexpected and might be welcome.”

Nathan and Jerry both starred alongside Miranda Cosgrove and Jennette in the hit Nickelodeon series, which ran from 2007 to 2012. The stars revealed how their characters are doing nearly 10 years after the show ended.

“Freddie has found himself kind of on the wrong end of life,” Nathan teased. “A lot of bad things have happened. He’s been divorced twice. He was a tech entrepreneur, tried to do startups, and utterly failed and everything. He lost everything in the divorces. And now he’s back living with his mom, except now he has his adopted stepdaughter from the second marriage to take care of in the midst of all of these things coming crashing down around him. So when we first find him, he’s not in a great spot. But I think the whole idea of iCarly coming back and trying to do the web show again sort of instills this kind of hope I think for him and his own feelings of nostalgia and wanting to sort of get back to simpler times and how things were and how the dynamics were between him, Carly, and Spencer. I think in a way some of Freddie’s experiences reflect the trials and tribulations of other people in their late 20s that have happened in the last few years. We’re in that kind of strange time. Freddie’s are a little more cartoony, a little more out there. He went a little bit further than the average person in their late 20s, but I think there’s a lot of parallels, and that’s kind of a satisfactory thing I feel like to watch coming from this glitzy Nickelodeon, very squeaky world, into this very real, things didn’t quite turn out the way that they were supposed to.”

As for Spencer, Jerry stressed that his character “hasn’t changed a bit.” He elaborated, “He got wealthy because he lucked into a sculpture that caught on fire, and everybody thought it was a powerful statement. So now they think he’s a genius when he’s not. Now he’s got the means to be even more eccentric.”

Nathan noted that the revival brings fans back to the iCarly world, but “no one’s really done this before as far as we can tell of taking a beloved kid show in this zany Nickelodeon universe and grown right along with the characters that they played and given the audience that watched that show when they were kids an opportunity to go back to that universe.” He teased that fans will see “a whole different set of circumstances and different opportunities to do things as adults and doing an adult show that we never would have gotten the chance to do if it was a classic reboot of a kids’ show [where] it’s about the kids now and all this stuff. There’s still that element because I have a daughter, but we’re doing it differently than other people who’ve done it before, which is exciting to me.”