Donald Trump stepped out to deliver a speech in North Carolina on June 5, however it wasn’t his talking points that caught the attention of social media users, it was his wrinkly, ill-fitting pants. In a clip shared to Twitter, reporter Brandon Friedman wrote, “Donald Trump gave his big speech today with his pants on backwards. Look close and tell me I’m wrong.” The bright blue pants were extremely crinkled and didn’t appear to have a zip at the front.

Did Trump not have a single staffer with the guts to tell him that he put his pants on backwards last night? pic.twitter.com/92LPkg6lWz

“Did Trump not have a single staffer with the guts to tell him that he put his pants on backwards last night?” another Twitter user wrote. Commentators were quick to compare him to 90s hip-hop stars Kriss Kross, who infamously wore their pants backwards. “Kris Kross will make ya, Trump Trump,” one person joked, while another wrote, “Kriss Kross & DaddyMac were ahead of their time.”

Of course, many would recall an account in the 2016 book by Corey Lewandowski and David Bossie in which they claimed Trump made White House communications director Hope Hicks steam his pants while he wore them. “Get the machine!” Trump would reportedly shout. “And Hope would take out the steamer and start steaming Mr. Trump’s suit, while he was wearing it! She’d steam the jacket first and then sit in a chair in front of him and steam his pants.” 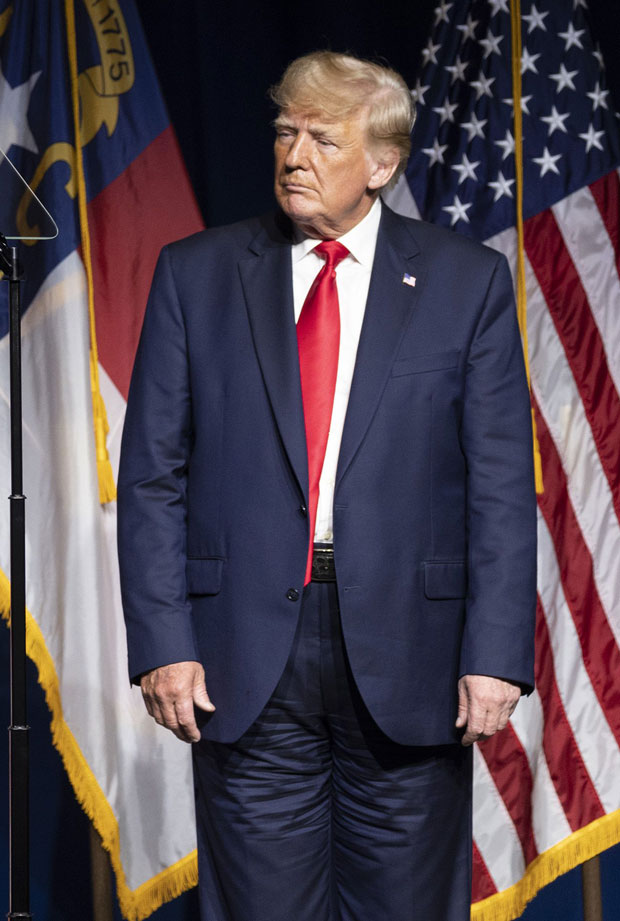 Recalling these claims, one Twitter user wrote, “TFW you realize Hope Hicks was actually the most important member of your team.” Hope worked with Trump from the beginning of his run for the presidency in 2015. She was his 2016 campaign spokeswoman and went on to become the White House communications director once he was in office. She abruptly quit in March 2018 to join Fox News, but subsequently returned to work for Trump in Feb. 2020 as a senior aide. It seems Hope may have been a more essential member of his team than anyone realized.