After someone tried to “downplay” her while also “underestimating” how far she would go, Chel is having the last laugh in “VFDT (View From Down There),” the latest from the powerful pop star. Instead of being bothered by old ghosts blowing up her phone (“random numbers” she calls them), she instead takes a moment to ask these “Fairweather” friends: “How’s the view from down there? / because I feel like I’m walking on air.” It’s a gorgeous video accompanying a new anthem for anyone who has risen above the doubters and the haters to achieve what others said was impossible.

“This song is about someone who has fought really hard to achieve their goals and has now achieved a lot of them,” Chel tells HollywoodLife, spinning a fable that – spoiler alert – might be based on a true story. “Through this process, they had support from close family and friends, but not from everyone. Fast forward to now, when this person is doing well, all the people who neglected to support them in the past, are now trying to be a part of the momentum. The song is a bit tongue in cheek, and it feels good to sing it and to say it because it is a story I have lived.”

When it came to bringing “VFDT (View From Down There)” to life, Chel put her trust in director Matthew Freiheit. “He came up with a visually stunning video that I am in love with,” she told HollywoodLife. “I was so fortunate to have a beautiful team to help me from the wardrobe, done by Melissa Mercedes, to hair and makeup, done by Carissa Arellano, and photography by Basia Nakatani. I also had a bunch of friends volunteer, which made it fun and easy. I think this dream team created an amazing environment for this video to be as amazing as it turned out.” 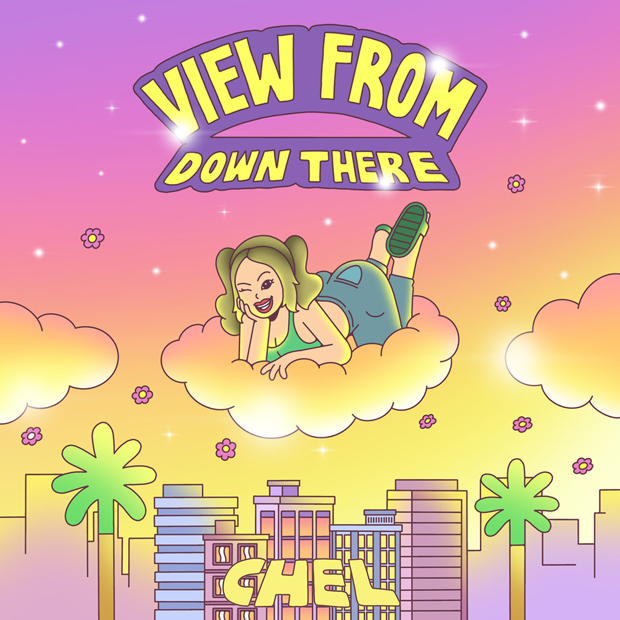 “View From Down There” marks Chel’s second release of 2021, following “by My Side,” a collab with Stan Genius. Before that, Chel delivered a feminist anthem for the new decade with “Nasty Woman.”

“I wanted to make a women’s empowerment anthem that was pretty and gritty all at the same time,” she shared with HollywoodLife in October 2020. “I wanted to speak on the fact that women are still paid substantially less to do the same job as a man. Women Olympians make HALF what the men make. I wanted to address women being objectified and turned against each other instead of supporting each other. I don’t believe in superiority, but I believe in EQUALITY.”