Shazam! star Michelle Borth‘s struggle with depression and anxiety as a teenager led to what she calls a “pretty significant suicide attempt” when she was just 17. Thankfully she survived. But, she tells HollywoodLife EXCLUSIVELY that she was left with deep scars on her wrists that made it hard for her to fully move on — until Dr. Alexander Rivkin created a life changing solution.

“He used cosmetic filler,” she explained. “He was really meticulous, but it took less than 10 minutes. I looked down and I just started crying. My scars were almost invisible.”

“I thought they were never going to be gone, but you have to look for them now,” she continued. “It was the first time in my adult life where I’m looking at myself and I was like my scars are gone, they’re gone. And it was such an easy fix.”

In that moment the Roll Up Your Sleeves Campaign was born, and since then Michelle and Dr. Rivkin have been on a mission to help those suffering with the physical scars from mental illness including, self-harm, NSSID, drug abuse, and suicide attempts.

Dr. Rivkin, who runs an award winning cosmetic surgery practice in Los Angeles, offers his time pro-bono and told HollywoodLife EXCLUSIVELY that he’s “humbled” to be able to help. “This is something that I can do that really makes a big impact in people’s lives, so of course I’d want to do it.”

With drug companies like  Allergan and Galderma donating the dermal fillers and laser companies also chipping in, Michelle and Dr. Rivkin are able to help survivors erase their scars at no cost. 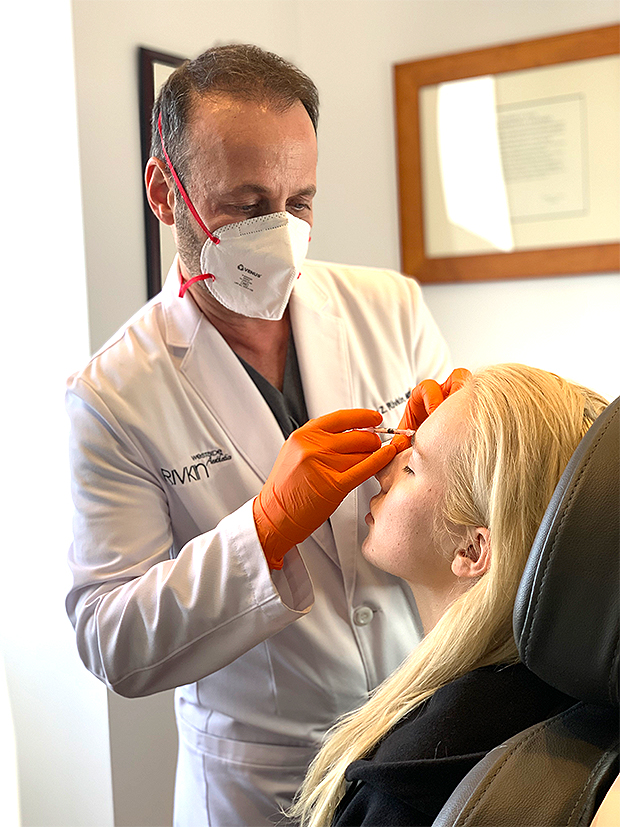 “It’s completely self sustaining,” the Hawaii Five-O star explained. “He’s donating his time and the companies are donating the drugs, and I donate my time. So we are able to offer this for free to people who are in financial need, without asking for any money.”

Although Michelle initially filled her scars to move on from talking about her past suicide attempt, she says she’s now come full circle. “It helps me tremendously to be able to talk about it, it helps me to remain strong, because I can’t look a 15-year-old girl in the eye and ask her to step out of her fear and step into courage if I can’t do that myself,” she shared.

“So I have to be an example and that helps me in the moments when I feel weak,” she continued. “I’m like no, I have to remain strong and I can remain strong. Because if this young 12 year-old-boy can do it, I can do it. And so, I get a lot of inspiration from the kids we are helping as well.”

“I’m such an advocate for mental health,’ she added. “I want so much to erase the stigma…we need to have more honest conversations and more resources that are available to everyone regardless of their economic status.”

If you are someone you know is suffering from suicidal thoughts reach out to The National Suicide Prevention Lifeline at 1-800-273-8255.

Or, try The Crisis Text Line for emotional crisis support. To speak with a trained listener, text HELLO to 741741. It is free, available 24/7, and confidential.