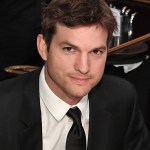 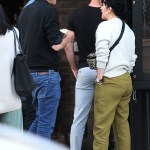 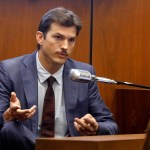 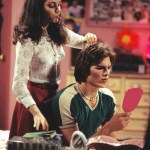 Ashton Kutcher’s twin brother, Michael, now a spokesperson for the Cerebral Palsy Foundation, explains why he was once livid at the actor for talking about his diagnosis in an interview.

Michael Kutcher was mortified in 2003 when his well-meaning twin brother, Ashton Kutcher, opened up about him having cerebral palsy in a TV interview. Michael, now 43, didn’t like talking publicly about the disorder, which affects his vision, speech, hearing, and some mobility. And his brother, the star of TV’s biggest sitcom, told the world. “I was very angry. Very angry. I remember speaking to him about it,” Michael, said in an interview with TODAY Parents.

“I didn’t want to be the face of CP. I never talked about it.” Seventeen years later, Michael is no longer angry with his brother, whom he calls by his first name, Chris. That interview changed Michael’s life for the better. “Chris did me the biggest favor he’s ever done because he allowed me to be myself,” Michael said. He became deeply active in cerebral palsy activism when, months after the Two And A Half Men star’s interview, a woman asked him if he’d be interested in speaking at a gala.

He met with the woman, whose five-year-old daughter, Bella, had a severe form of CP. Something clicked for Michael when he met the little girl with a smile “so big and bright.” Said Michael, “I realized I needed to let go of the shame I felt and be a champion for people like Bella. I was finally ready to tell my story and I knew because of my twin, I’d have a big reach.” Today, Michael is a father of three and a spokesperson for the Cerebral Palsy Foundation, and an advisor at Joshin, an app that helps families find care for a person with disabilities.

Ashton has always been his biggest advocate. Michael was diagnosed with CP at age three after his mother noticed developmental delays. It was tough from the beginning; Ashton was born weighing 11 lbs, while Michael was just 4 lbs. “I had all of the stereotypes that come with having a disability. I was called every name in the book on the playground. I had difficulty making friends,” Michael said. “But I had Chris there to help me and support me.”

Michael recalled Ashton fighting a group of bullies who called him slurs and made fun of his glasses. “He stood up for me. He wanted them to treat me with respect,” Michael said. “And that meant a lot.”