The game of baseball is full of iconic walk-up songs, those tracks heralding the arrival of a player as they make their way to the batter’s box or before they arrive at the pitcher’s mound. They can hype up a crowd (Justin Turner, “Turn Down For What”) or warn opponents as to what’s coming (Mariano Rivera, “Enter Sandman”). For Michael King, his song holds a special place in his heart – because it was specifically written for him by his sister, Olivia King. “He would always joke saying, ‘You need to write me a really fire walkout song,’ and we would always just kind of laugh about it,” she tells HollywoodLife EXCLUSIVELY.

After laughing about it, Olivia decided to make it a reality. “So one year, I thought it would be cool for Christmas to make a walkout song. I wrote the rap myself, did a demo, and shot it off to a rapper friend of mine.” She shot the video on the down-low and surprised Michael on Christmas eve. “He was going so crazy, hitting my legs so hard because he was so excited. He kept saying, ‘Are you kidding me, are you kidding me, it’s the best song I’ve ever heard!'”

That was also the reaction that her fans had when she debuted her song “Wasted Time” during an Instagram Live. “I honestly wasn’t feeling it,” she told HollywoodLife. “Honestly, I was going to scrap it, but when I looked at those comments, I was like, ‘Alright, I’ll keep going.’ And I did. I kept working on it.” During the EXCLUSIVE interview, Olivia shared how she ended up “loving” the track, how turning the “pressures” of growing up inspired her song, “20 Something,” and what it was like writing the theme to Caleb McLaughlin’s “Be Your Biggest Fan” campaign.

HollywoodLife: I know your brother Michael is a NY Yankees pitcher, but how did you get chosen to write the walkout song “Messin’ With the King” for all home games at Yankee Stadium?

So one year I thought it would be cool for Christmas to make a walkout song. I wrote the rap myself, did a demo and shot it off to a rapper friend of mine. We shot the music video the same day that we recorded the song and wrapped it all up in a nice bow, and I showed it to my brother on Christmas Eve. I had the music video all queued up on the TV and he was sitting next to me. He was going so crazy, hitting my legs so hard because he was so excited. He kept saying, ‘Are you kidding me, are you kidding me, it’s the best song I’ve ever heard!’

Related: Rhaenyra Targaryen’s Family Tree: All The Key Things To Know About Her Sons & Marriages

At that point, he was only playing college baseball but I just knew that he was going to make it and sure enough he got drafted to the Miami Marlins and then he got traded to the New York Yankees a couple years ago. And now he’s been doing pretty well in spring training so fingers crossed, he’ll be on the team again this year, and he’ll be using that.”

Talk to me about your new song “Wasted Time”?

I started writing that song on my Instagram Live Stream and I honestly wasn’t feeling it. I think as an artist, sometimes you get in your head when you hear a song so many times. There was just something about it that wasn’t fitting me the way I wanted it to. And my followers in the comments of the livestream were like ‘No, please keep going, keep writing it, we really love it, we see a potential in it, we hear this on the radio, we are loving this. Please, please, please do not scrap it.’

Honestly, I was going to scrap it but when I looked at those comments I was like, ‘Alright, I’ll keep going.’ And I did. I kept working on it and I reached out to one of my best songwriter friends from college, his name’s Roderick Jones, and he helped me write that chorus ‘Wasted Time’ and I ended up loving it and my followers were right. So sometimes it just takes that outside perspective, or nudge in the right direction. If I didn’t create that song on my Instagram Live, who knows, maybe I wouldn’t have released that song so thank God for that.

You recently got engaged to Dave Gosselin so what inspired this song?

I’ve been in a really healthy relationship for the past decade. I got engaged in November and he gives me no content so I have to refer back to my old high school relationships and how I felt, then. When I was cheated on or when I was in really bad relationships.

How are you handling wedding planning amid the pandemic? Are you doing something small and having family and friends Zoom in? Or having something larger and taking certain safety measures?

Regardless of what COVID brings we’re just going to do it. Whether we can have 10 people there or the 130 that we’ve invited. Regardless, it’s going to be beautiful and it should just be about the two of us anyways so it shouldn’t have to be about the big to do party now. I mean weddings have just gotten so out of hand with everything from the bachelor and bachelorette parties, to bridal showers, and it has just gotten to be like, who can top who? It’s kind of nice that it’s been brought down and brought back to what really matters. So I’ve tried to keep it as stress-free as possible when it comes to wedding planning. 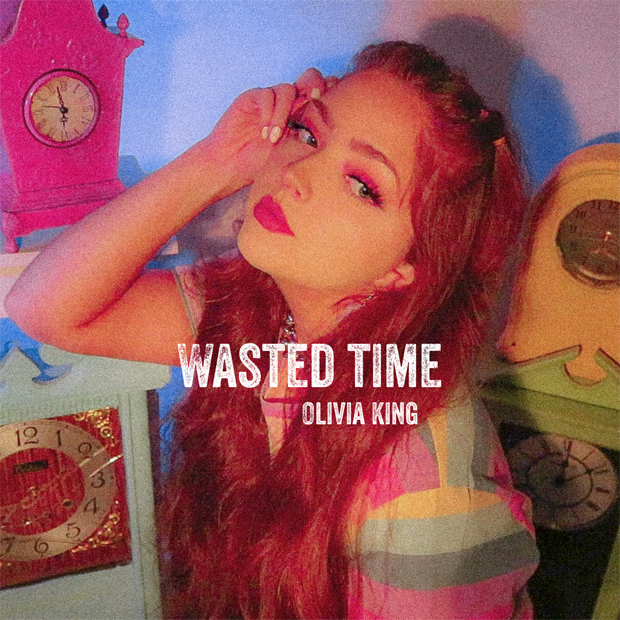 You turned 28 recently —  just a few more years in your twenties, so tell me what inspired your recent single, “20 Something?”

Right before I got engaged, [I and Dave Gosselin] had been dating for eight years. Not only just that aspect of my life, also career-wise and just everything in your twenties is a lot of pressure. And although it’s a lot of fun, I was feeling a lot of pressure ending out the last few years of my twenties. I was like wow, ‘Should I be married, should I be starting to think about having kids, am I where I want to be in my career?’ There were just so many thoughts going through my head.

And when I heard the song ‘Mad at Disney,’ [Salem Ilese] said ‘But now I’m twenty-something, I still know nothing,’ and I was like, ‘That could be a really cool idea to do a whole song.’ That’s what sparked the idea for the song. It was really a release for me because I had all these pent-up feelings about the pressures of being in my twenties, and what I felt like I needed to accomplish.

How did you get involved with the “Be Your Biggest Fan” Campaign for Caleb McLaughlin from Stranger Things and what was that like?

I was working with this producer and he reached out to me one day with this opportunity with [Caleb McLaughlin] from Stranger Things. He said, ‘But we need this done yesterday.’ So I went down in my studio, I wrote the song in 30 minutes, recorded a quick demo, and shot it off to him and that was on a Thursday. He was like, ‘Alright yeah that sounds good. I’ll let you know what he says.’ On Monday I get a text and they’re like, yeah, they’re going to use it, and they’re using it today. I’m like, ‘Wait, that was just a demo.’ And they said, ‘They love it, they’re using it, they’re running with it for their whole social media campaign, “Be Your Biggest Fan” Campaign. They are totally rolling with it.

It was such a fast process and that was one of the quickest songs I’ve ever written and recorded because it was literally in a matter of 30 minutes time I recorded it. I was on the microphones and writing as I was recording because I didn’t want to miss out on that opportunity so I did it as fast as I possibly could and I love that song. It actually ended up coming out pretty good.

Did you ever meet him and if so, what was that like?

I haven’t met him, but the video he made to it was super cool. He was doing all different types of things that were like, I’m assuming, different aspects of him. He was playing basketball, doing ballet, and all these different things that he was so talented at, which maybe people didn’t realize that he could do. He’s really into embracing who you are and every aspect of it. He’s a really cool kid especially for how young he is.”