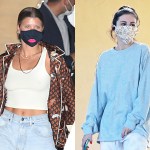 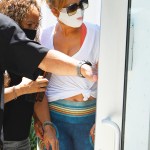 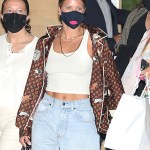 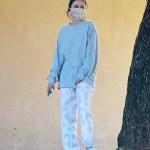 To say thank you to ‘those women that have helped keep us safe’ during the pandemic, chart-topping Parmalee surprised frontline workers with gifts and a little bit of love.

In an example of “pay it forward,” Parmalee decided to celebrate their recent success on the country music charts with their song “Just The Way” by showing some appreciation to “some women who have been heroes over the past year.” In the video the band shared on Friday (Apr. 23), Parmalee – Matt Thomas, Barry Knox, Scott Thomas, and Josh McSwain – sit down and chat with some female frontline workers who have combatted the COVID-19 pandemic. While partnering with Kendra Scott jewelry, Parmalee surprised these workers with Zoom calls, VIP tickets and meet-and-greets, and a gift from Kendra Scott – as a way to say “thank you” for their tireless work over the past twelve months.

“Having ‘Just the Way’ go No. 1 was amazing,” Parmalee’s Matt Thomas shares in a statement to HollywoodLife. “As an artist or writer, all you can hope for is that your music connects with people and makes them feel something. Since the message of the song is all about celebrating women, we wanted to do something special for a few women that truly deserve that recognition… March was also National Women’s Month, so it was really special to be able to spend some time with and gift those women that have helped keep us safe during a global pandemic.”

This gesture of appreciation comes less than a month after “Just The Way” hit No. 1 on both the Billboard and Country Aircheck/Mediabase Country charts. The song, featuring Parmalee’s labelmate Blanco Brown, also reached No. 33 on the Billboard Hot 100. The single has already been certified Platinum, and it marks the band’s first major chart success since their song “Carolina” hit No. 2 on the US Country Chart (and No. 36 on the Hot 100) in 2013.

“This is huge, there is really no way to explain it,” Matt told Country Now in March, after “Just The Way” was released to commercial and critical fanfare. “I knew when everybody in the band liked the song when I played it for them, that it was different. It had something, and that is always a great feeling, but I didn’t think anything like what we are experiencing now. My mind is blown – couldn’t ask for anything more. What it has done for us even this past year in quarantine has been amazing.”