Joan Collins stepped out for a rare date night with her husband Percy Gibson at a West Hollywood hot spot. The 87-year-old former Dynasty star looked positively radiant when she was photographed heading to Los Angeles restaurant Craig’s on April 15. She rocked a gorgeous, floral dress which she paired with a black blazer and towering black boots. She also carried a fur-trimmed black wrap and accessorized with a string of pearls around her neck. 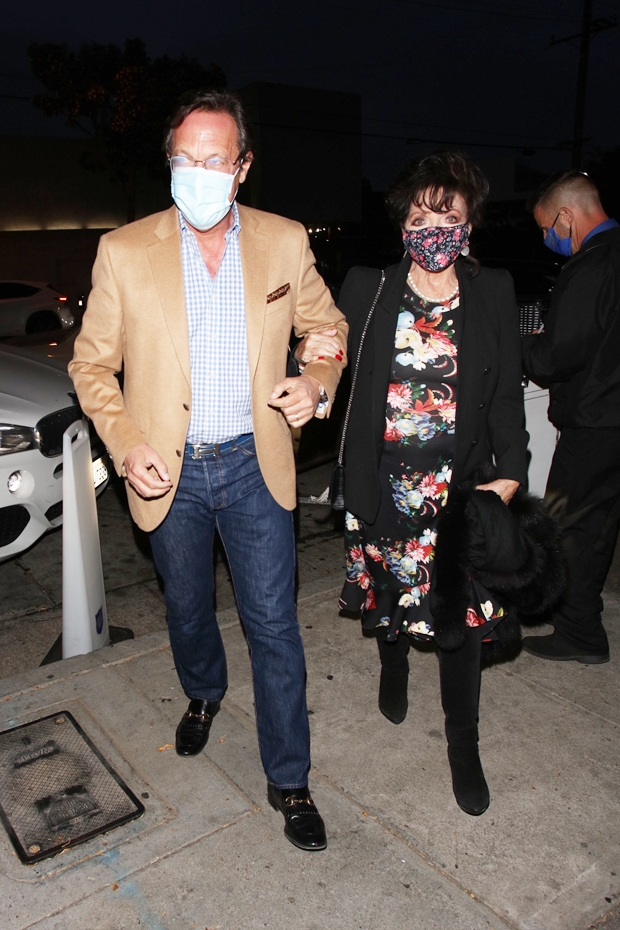 The raven-haired beauty also opted for white, statement earrings and a floral face mask to match her chic dress. Meanwhile Percy, who is Joan’s fifth husband, rocked a beige blazer with a blue button-down and jeans. The former theater manager, who comes from Peru, also included a pocket square as he held hands with Joan. The London-born actress, who wed Percy in 2002, has previously addressed their 30 year age gap, totally dismissing critics of the couple.

“If he dies, he dies,” she’s said in multiple interviews. Joan has also previously dished that she turned down politician Robert F. Kennedy. “Ethel, his widow, is still alive so I really don’t want to go into it too much because I wouldn’t want to hurt her,” she told the Mail On Sunday’s You magazine. “That was one of the things I said to him: ‘I’m married, you’re married.’ But he was so charismatic.” 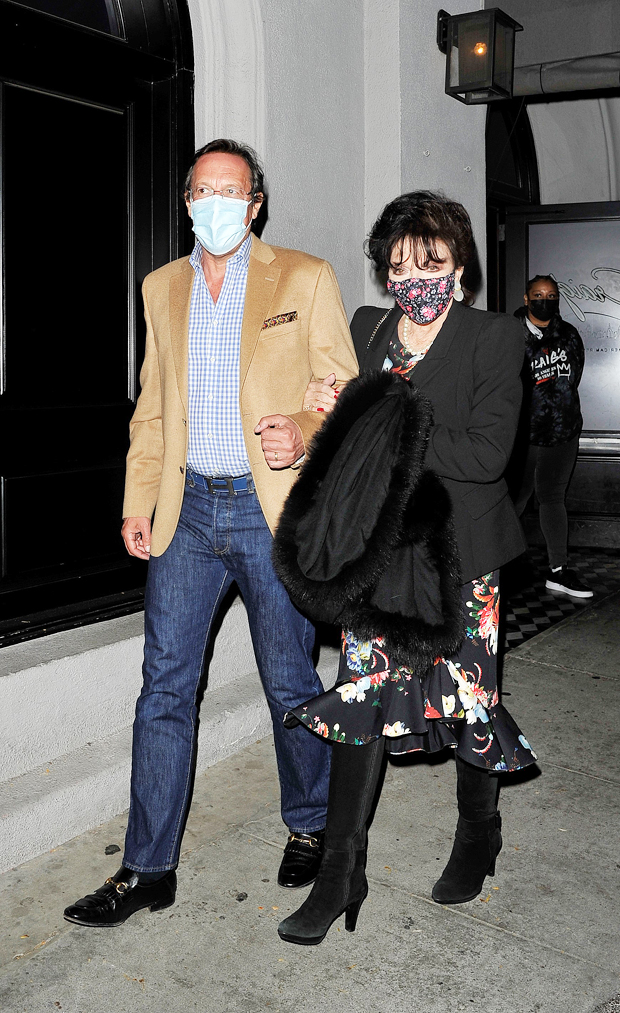 Of course, fans of the legendary actor would recall some of the darker relationships she’s been in. From a whirlwind engagement to Warren Beatty, to her love affair with Ramfis Trujillo, the son of the brutal Dominican dictator Rafael Trujillo, Joan has just about seen it all.

She has also been candid about her experience with former 20th Century Fox boss Darryl Zanuck, who tried to to force himself on her in a hotel. “I wondered how to get out of this without having to knee him in the groin,” she recalled of the terrifying incident. “Luckily Dorothy Dandridge and a makeup man came walking down the corridor and I made my escape, vowing to keep out of Mr Z.’s way in the future.”