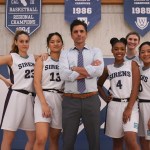 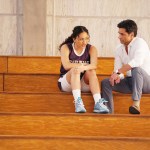 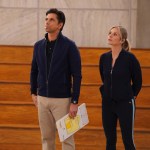 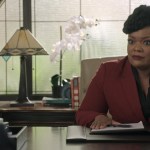 Disney+ has another ‘must-watch’ show for us all! Yvette Nicole Brown spoke to HL about ‘Big Shot’ & working with John Stamos.

There are many reasons to watch Big Shot on Disney+, but the one reason above all Yvette Nicole Brown says to tune in is because of the one and only John Stamos. “If there’s ever a reason to tune into anything, it’s John Stamos!” she gushed in an upcoming podcast with HollywoodLife. In the new series, premiering today, April 16, John plays Marvyn Corn, a disgraced basketball coach sacked by the NCAA and forced to coach at an all-girls high school, overseen by YNB’s no-nonsense administrator, Sherilyn Thomas.

“We’ve seen setups like this before where it’s like, the crusty guy comes in and he learns that girls are better — that’s not really what this show is. It really is a show about second chances and forgiveness and learning about yourself and choosing to stand up for yourself when needed,” Yvette explained. “I feel like Marvyn learns as much as we learn and vice versa. Every character on the show learns something about themselves and kind of blossoms in a way that’s really beautiful.”

She added that while the show is a “drama,” it’s still has “a lot of fun and silliness and great comedic actors playing straight.” Yvette described her character Sherilyn as “in charge” but admitted that she “doesn’t rule with an iron fist.” “If you pay attention to what she’s saying and her face, you can tell that there’s a twinkle in her eye. So, even though she has to come a little rough and tumble sometimes with with the students and with Marvyn Corn, you can still see that she loves people, she’s fighting for the good of people.”

The Community star continued, “Her ego is not in it. I just think that’s a really interesting needle to thread and to make sure that she stays tough but still has softness to her and kindness to her, which I think, I hope, I managed.”

Stay tuned for the full HollywoodLife Podcast interview with Yvette Nicole Brown dropping Monday, April 19th. Tune in to Disney+ for Big Shot, with new episodes out every Friday.