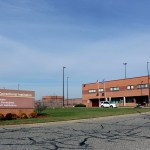 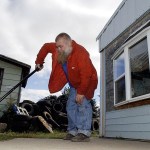 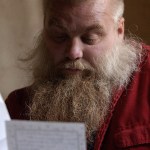 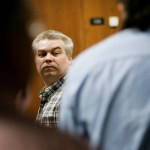 A lawyer says she has new evidence via an eyewitness that could prove ‘Making a Murderer’ star Steven Avery’s innocence in the disappearance of Teresa Halbach.

Wrongful conviction lawyer Kathleen Zellner — featured in season two of Making A Murderer — has “bombshell” new evidence as she fights to free Steven Avery, 58, who is still serving life years in prison for first degree murder following the disappearance Teresa Halbach in 2005. Zellner now says that a newspaper delivery driver saw Steven’s nephew Bobby Dassey and another man moving her RAV4 vehicle onto Avery’s property and told the Manitowoc, WI County Sheriff’s Department about it in Nov. 2005. That information was never acted on, nor was the call’s existence provided to Steven’s defense team.

On Monday, Apr. 12, Zellner filed what’s known as a Brady motion with Manitowoc County court. Police and prosecutors are not allowed to hide exculpatory evidence that may be favorable to a criminal defendant, and she believes that is what happened with the delivery driver’s claims being buried in 2005. He has since signed a sworn affidavit that he notified the Manitowoc County Sheriff’s Office at the time of witnessing Dassey and his friend moving Halbach’s vehicle onto Avery’s property.

“This is an evidence bombshell in the Avery case,” Zellner told the Milwaukee Patch newspaper. “We consider it the most significant witness evidence ever in the case, and it’s an objective, non-biased witness who notified police in 2005 and he was ignored.” She added, “I think Steven Avery never would have been convicted had this evidence been known during his trial, and it destroys Bobby Dassey’s credibility and links him to the crime.”

Halbach’s vehicle was found partially concealed near Avery’s Auto Salvage. Thomas Sowinski, a former driver for Gannett Newspapers, delivered papers to the Avery salvage yard in the morning of November 5, 2005. In a signed affidavit, Sowinski says he witnessed Bobby Dassey and an older man “suspiciously pushing a dark blue RAV-4 down Avery Road towards the junkyard,” the motion read.

The filing continued, “The RAV-4 did not have its lights on. After Mr. Sowinski drove by Bobby and the other individual and delivered the papers to the Avery mailbox, he turned around and drove back towards the exit. When he reached the RAV-4, Bobby attempted to step in front of his car to block him from leaving the property. Mr. Sowinski was within 5 feet of Bobby, and his headlights were on Bobby during this entire time. Mr. Sowinski swerved into a shallow ditch to escape Bobby and exit the property.”

“After Mr. Sowinski learned that Teresa Halbach’s car was found later in the day on November 5, 2005, he realized the significance of what he had observed and immediately contacted the Manitowoc Sheriff’s Office and spoke to a female officer, reporting everything he has stated in his affidavit. The officer said, ‘We already know who did it,'” the motion read.

Steven was convicted primarily on the testimony of one witness: Bobby Dassey. He claimed he saw Halbach’s vehicle pull up to Avery’s home around 2:30 p.m. on Oct. 31, 2005, as she was there to photograph vehicles at his salvage yard. Bobby claimed that he saw Teresa walk up to the door of Steven’s trailer, and never saw her again as he ended up going hunting. He said when he left for the trip, her RAV4 was in Steven’s driveway and when he returned from hunting it was missing.

Steven’s case and the lack of evidence against him that still resulted in a first degree murder conviction was the subject of the 2015 documentary Making a Murderer.  Teresa’s body was never found, though investigators claimed that charred bone fragments in a burn pit near Avery’s home belonged to the missing woman, which forensic experts later debunked. Steven’s then 16-year-old nephew Brendan Dassey — Bobby’s brother — was charged as an accessory after he confessed to the crime after a long and intense interrogation over 48 hours and without a parent present. He later recanted his confession.

A jury took only four hours to convict Brendan of first-degree intentional homicide, rape and mutilation of a corpse. He was sentenced as an adult to life in prison. In Aug. 2016, a judge ruled Dassey’s confession had been coerced and overturned the conviction, ordered him released. But sadly the case has subsequently been tied up via other higher courts and Brendan remains behind bars.