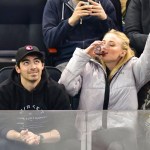 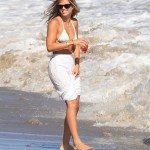 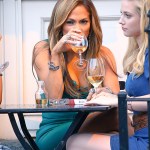 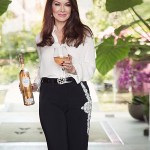 In time for National Cocktail Day, E-40 tells HL how his early days as an independent rapper helped him become the spirits and wine tycoon he is today.

“What got me into the spirits business world is being a liquor connoisseur. Hello! That’s what did it, baby boy,” says Earl “E-40″ Stevens, adding a laugh. While speaking with HollywoodLife about his booming spirits business, his upcoming rap supergroup with fellow California legends, and the Cutlass that appears alongside him in his new “I Stand On That” video, it’s hard to tell which is more intoxicating: the charismatic personality of this Bay Area hip-hop legend or the line of his signature spirits behind him.

Charismatic is one but far from the only word that could describe E-40. There’s also prolific – one glance at his discography, and you see it’s longer than the 101 (and unlike the traffic on that freeway, it shows no sign of showing down.) He’s insightful, a man whose words are brewed in knowledge and experience, producing undeniable wisdom. He’s also entrepreneurial, as evident by his increasing liquor portfolio.

“It’s just automatically in my genetics, man,” he tells HollywoodLife when explaining how he continues to do so much. “My mom and dad worked hard all their lives. They were separated when I was eight and a half years old. But at the same time, I just got hustle in my bones. You know what I’m saying? If you’re a hustler, you’re probably kin to me, you know what I’m saying? And I feel like I ain’t going to let the grass grow under my feet. I’ll tell a cat like this, I ain’t never sitting still, but an old ass hill and a broken-down Bonneville, you know what I’m saying? So I’ll say it, I do it moving, man. I’m in the traffic kayaking in anything I do.”

“And I feel like, with rap music, we started off independently,” he shares. “Doing rap music, selling tapes off the truck or the car method, just me and being one of the first independent pioneers that really did it independently without major distribution and still calling themself independent. Mine was grassroots. Me and my family, The Click, Sick Wid It Records. So basically, what I’m trying to say is I feel like with selling the dope beverages is pretty much the same hustle, just a different product. And so it is fun, and it comes together like peanut butter and jelly. Music, alcohol, and food.”

During the interview, E-40 is proud to show off the fruits of his labors. “This is Earl Steven Selections,” he says, holding up a bottle from his line of wines before pouring himself a sip. “This is my Function Red Blend. This is one of many. This is one of a whole bunch of stuff back there.” Before the interview fully begins, he christens the conversation with something stronger. “I’m going to pull up some E Cuarenta Tequila Anejo made by Earl Stevens, you understand me? Just so y’all know. ‘E Cuarenta’ means ‘E-40’ in Spanish. Hello!” During the conversation, he’ll show off his Tycoon Cognac (“My Cognac will whip on any cognac’s out there”), his Kuiper Belt Bourbon (“And I’m inspired. I’m telling y’all if you want a good beverage, if you want a good bourbon, a Kentucky Bourbon aged eight years, you understand me? Kuiper Belt Bourbon”) and a glimpse at the gin he’s working on.

“I’m trying to tell you right now, especially in its class, the VS and the VSOP, my VS should be a VSOP, that’s how good the juicy is, and it’s smooth, no burn. None of that. Just good juice, like top drawer. My VSOP should be an XO which is on my own this way. XO is also in motion like the ocean y’all.”

Smooth is E-40 speaks with the rhyme and rhythm of someone with nearly four-decades in the rap business. The Bay area legend first got involved in hip-hop in the mid-1980s as part of Most Valuable Players. The rap group – featuring sister Suga T, brother D-Shot, and cousin B-Legit –would evolve into The Click in the early 1990s. At that same time, E-40 embarked on his solo career, becoming one of the first Bay Area rappers to sign to a major (he would go platinum with 1995’s In A Major Way.) In the late 90s/early 2000s, E-40 became a fixture on the R&B/hip-hop charts with albums like Tha Hall of Game, The Element of Surprise, and My Ghetto Report Card. E-40’s influence would be felt all the way down to the Dirty South as well as Detroit, and he would connect with T-Pain (“U and Dat”) Lil John (“Snap Your Fingers”) and Big Sean (“I Don’t F-ck With You”) to make tracks that are modern hip-hop classics.

“I want y’all to know that ladies and gentlemen, you know E-40 don’t stop, the grip don’t quit, baby,” says E-40, and though he’s talking about his cognac, his words could be about anything – a song, your game on the court, anything — that one would put out into the world. “So you know what I’m saying? I’m all about to juice, man! Because you know the proof is in the pudding, man. The proof is in the pudding. If your juice is nasty, that word is going to get around, you know what I’m saying? I’ve got to make sure mine is A-plus, man. You understand me?”

Word of mouth and hip-hop go together like the gin and juice E-40’s fellow California rapper (and Mount Westmore member) Snoop Dogg rapped about in ’93. Approval from the hip-hop community could make a brand, especially a liquor line, and E-40 recognizes that influence. “Us rappers had a lot to do with a lot of brands that are very popular,” he says. As for anyone mentioning his products in a verse?

“Rappers did mention it, but a lot of times, my brands are new to a lot of people because my distribution hasn’t been available in certain States because what I’m doing is I’m doing mine like I did my music business, taking baby steps. So I am about to go into a major, a national distribution contract where all the people that are saying, ‘Man, we can’t get it. We ain’t even got none of your stuff. And you’ve been selling wine for many years,’ ” he says. “Well, get ready to request it at your local store because it’s going to be on deck like a sailor with a mop nearby. Trust me.”

“It’s fun developing these products,” says E-40 in front of a row of bottles, each essential trophy commemorating a successful launch of a new product. But, they’re also something more. Each physical bottle is the result of intangible creativity, of hard work, of many hours spent on the drawing board and on phone calls. When some celebs are content to attach their name to one alcohol line, E-40 has many – and more on the way.  “What you see behind me are just some of many more to come, and that’s on its way, and that’s being developed, and my hands are in it firsthand.”

“God blessed me with the ability to be creative and just come up with just different things and do things that everybody else ain’t doing,” he adds. “I have been selling wine for seven years almost. It’s just, how would I say this? The fruits of the labor come later. So everything pays off. You’ve just got to take … because Rome wasn’t built a day. You got to take baby steps, everything you do. And that’s me. Have patience.” Cheers to that.