The entire world unfolds against a blank wall in “Know You,” the new music video from singer Zāna. As projected scenes of majestic nature are cast across her, she delivers an emotional 80’s-flavored ballad of loving a crush from afar. As Zāna seeks a more intimate, we watch as she ponders what could be. If only they could somehow navigate the unfathomable emotional distance that lies between two humans, Zāna and this unnamed paramour (Zāna’s real-life boyfriend) might find happiness – or, at least, get to ‘know’ each other better.

The visual is a perfect companion to the song, the second single from Zāna’s This Is Autumn EP. The DIY affair makes sure the focus never leaves Zāna’s seductive voice and her heartfelt lyrics. “For the video, I had the idea to use projections of videos that my parents took of the beautiful things in Croatia,” Zāna tells HollywoodLife EXCLUSIVELY. “Because of everything going on right now, I wanted to make that emotional connection with the outside, with nature, and that feeling of wanting to be a part of it. We’re all inside nowadays, and it’s like we’re watching the outside world rather than being in it. This parallels the storyline of ‘Know You’; because the main character is a spectator rather than being a participant in the other person’s life.

“The shadows are a way of keeping it beautiful and mysterious while still highlighting the concept and anguish of wanting to know him. He’s there, but he’s not fully there,” she adds. As for what inspired the song itself, Zāna tells HollywoodLife that the track is a result of a random moment with a stranger. “One day, I almost bumped into someone on the street. We both said ‘sorry’ at the same time and then walked away.”

“I thought about what went through their mind in that moment and how every single person is the lead character in their own movie,” she adds. “We’re all connected in that way. It’s a strange concept if you think about it too hard. I wondered if they were shy like me, and the line, ‘You’ve got a part of me when I see you shyly passing by’ came to mind. This ended up being the first line of the chorus and the inspiration for the rest of the song.” 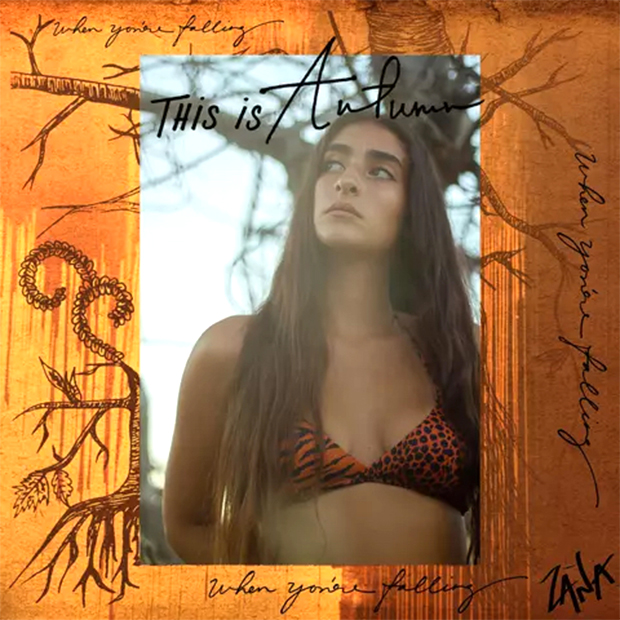 Zāna showcases the growing prominence of the Bay Area music scene. Growing up in Oakland, California, Zāna knew from an early age she was meant for a life in music. She began playing drums at 7, guitar at 15, and following high school, she attended the Berklee College of Music. Taking influence from the pantheon of pop and her heritage (she claims Lebanese and Serbo-Croatian roots), Zāna brings a unique perspective to the table, one that seamlessly melds the classic with the modern to create pop music that is uniquely her own.

This is Autumn is the first in a four-part EP project, with For Winter, Every Spring, and Feeling Summer set to complete the cycle. To find out when these will be released, it’s best for fans to “know” Zāna by following her on Instagram and Twitter.