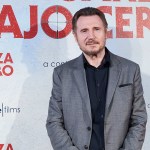 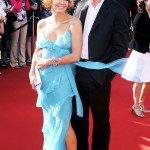 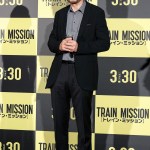 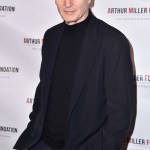 Micheál Richardson opened up to The Times about his mom, Natasha Richardson’s, sudden loss in 2009.

It’s been roughly 12 years since Micheál Richardson lost his beloved mom, actress Natasha Richardson. The up-and-coming actor, 25, and son of the late actress and Oscar nominated actor Liam Neeson, chatted with The Times about his mom and how he remembers her all of these years later. “She was a terrific, terrific mother. What I wish is I could have just these adult conversations with her, these random questions about the industry or music,” Micheál shared with the outlet.

The young star described himself as a total “mama’s boy growing up,” and admitted that Natasha was more than a mom; “she was really my best friend. I mean we were all a close family, but Danny [ Neeson, born in 1996, his younger brother] was my dad’s boy and I was my mom’s boy, for sure,” he continued. The conversation quickly became more somber, as Micheál reflected on his mother’s March 2009 passing.

“It was so sudden,” he shared. Micheál, Liam, and Danny lost Natasha in 2009 following a skiing accident the resulted in an epidural hematoma, a ruptured blood vessel in the skull, per The Mayo Clinic. “When it’s unexpected and it’s just a complete freak accident, it really sort of messes with your mind, whether you believe in fate or not.”

Years later, Micheál is keeping his mother’s memory alive. He took her last name in his early 20s, and used a collaborative project with his father to pay tribute to his late mom. “It was a way to honor her and her side of the family and carry on the name,” he told People in August 2020. When it comes to his own acting, his mother and her family are an even greater influence.

Micheál and Liam starred together in the 2020 film Made In Italy. The two played an estranged father-son pair who travel to Tuscany to sell the home inherited by the two after the passing of Liam’s character’s wife and Micheál’s character’s mother, mimicking their real-life tragedy. “Recently, I’m seeing him as less of a dad and more as a close friend,” Micheál shared of his famous father.

“A lot of people think he’s quite intimidating because he’s done all of these action thrillers, but he is just a big, lovable Irish bear. He’s a charmer.” Now that Micheál is older, he is paving his own way in the entertainment industry, all while paying tribute to his incredible mother. We cannot wait to see how his career continues to unfold.