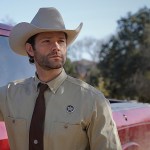 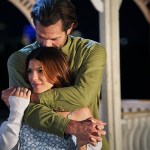 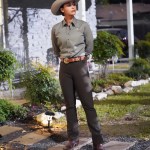 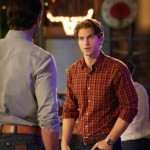 The Walker family is on the mend after a rough patch. HL spoke EXCLUSIVELY with Kale Culley about August’s relationship with his dad, the ‘trouble’ ahead, and more.

Things are just starting to ramp up on the new CW series Walker. After the tragic death of Emily and Cordell’s lengthy absence, the Walker kids have been put through the wringer. HollywoodLife spoke EXCLUSIVELY with Kale Culley about what lies ahead for August and his family. Kale teased that the family is on a “steady pace of trying to get back on track.”

In the first set of episodes, August has shown that he’s taking after his dad a little bit. Cordell’s adventurous side has gotten him into some compromising situations, and that’s going to be the case for August as well. When asked if August is growing up to be just like his father, Kale quipped, “He’s just following in his footsteps.”

“He goes on a lot of adventures,” Kale teased. “I can say they’re quite dangerous adventures that lead him into some trouble. He goes off and tries to explore some things but ends up getting himself into a little bit of a predicament.”

One of the major questions at the center of Walker is: what really happened to Emily? There are many questions looming about her death, and Kale revealed that everything “starts to unfold.” He added, “We will see August questioning things. I’m not going to say too much. He’s just going to start to question a lot of things.”

Kale also noted that there will “definitely” be more bonding between Stella and August going on in the episodes to come. “Everybody kind of split up and did their own little thing to cope with Emily, but I think Stella and August are starting to get back on track the most,” Kale told HollywoodLife. “We are getting more comfortable around each other and just doing some brotherly sisterly love and getting back into that boat instead of like a love-hate relationship kind of thing. Everybody starts to get back on track.” Walker airs Thursdays at 8 p.m. on The CW.