Larsa Pippen, 46, has rocked a black, strapless mini dress in a new Instagram photo. The Real Housewives of Miami alum took to social media on February 18 to share a sultry selfie, which also offered a peek inside her huge wardrobe. Larsa pouted as she stood wearing a mini dress and thigh-high black boots, along with a simple diamond necklace. She also wore oversized gold hoop earrings and slicked her highlighted tresses back into a top knot, as she donned an ultra glam makeup look. He lips were coated in a shiny gloss, and she appeared to be wearing eyelash extensions along with sleek winged eyeliner.

The photo, which she simply captioned with a red lips emoji, gave fans a look inside her large walk-in closet. Not only did it feature rows of clothing, but also a gold chandelier, and an island in the middle for storing other items. The post comes just a couple of days after HollywoodLife reported that Scottie Pippen‘s ex-wife is “considering” returning for the fourth season of Bravo’s RHOM. “Larsa is in Miami and is not coming back to LA anytime soon. She loves it there. One thing has nothing to do with the other, but she is seriously considering joining the RHOM cast,” a source spilled to HL EXCLUSIVELY. 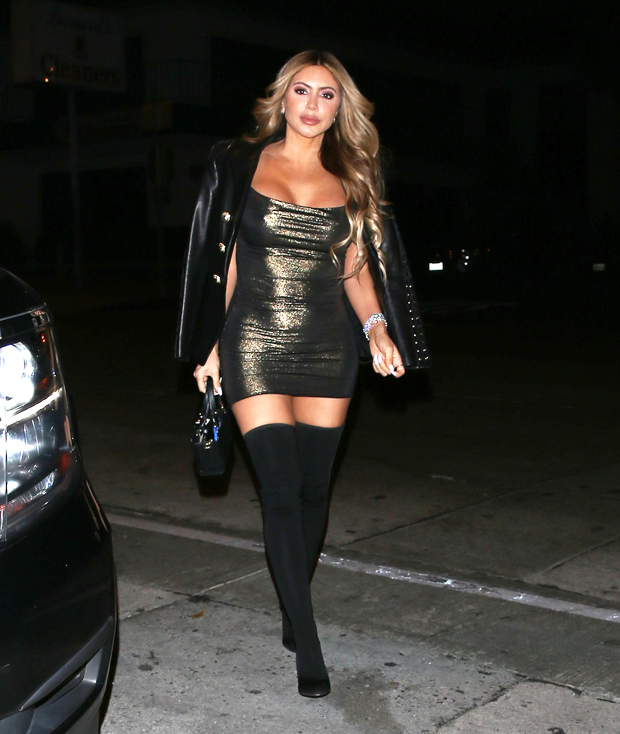 “Nothing has been signed yet, but she’s thinking about it. She’s just a little skeptical because she doesn’t know if it’s right for her right now,” the insider continued. “She’s kind of playing devil’s advocate right now but there’s definitely been conversations.” The Real Housewives of Miami ran for three seasons on Bravo between 2011 and 2013, with Larsa appearing in the main cast alongside Lea Black, Adriana de Moura, Alexia Echevarria and Marysol Patton. Although the show has been off the air for nearly a decade years, Andy Cohen has previously confirmed he was looking to revive the series.